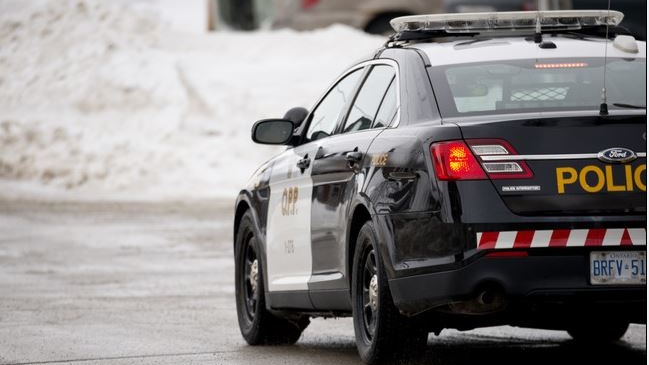 Ontario Provincial Police cruiser - FILE IMAGE (OPP_CR)
BRANT -
A resident in Brant County awoke to the sound of someone breaking into their home early Tuesday morning.
Ontario Provincial Police said they responded to a break and enter in progress at a home on Paris Road around 3:21 a.m., after a resident woke up to the sound of someone in their home.
Officers located and arrested a 35-year-old man from Brantford and laid the following charges:
The man is scheduled to appear in Brantford court at a later date.

Why Canada is banning Huawei from participating in Canada's 5G network

The federal government is banning China's Huawei Technologies from involvement in Canada's 5G wireless network. Huawei and the Chinese government have vigorously denied accusations around the danger of spying, saying that the company poses no security threat.

Canada said on Friday it was imposing additional sanctions on Russian oligarchs and banning the import and export of targeted luxury goods from Russia in response to Moscow's invasion of Ukraine. The new measures would put restrictions on 14 individuals including Russian oligarchs, their family members, and close associates of Vladimir Putin, according to an official statement.

Canada's Chief Public Health Officer Dr. Theresa Tam is expected to provide an update on the COVID-19 pandemic during a virtual press conference on Friday morning.

A 12-year-old Ottawa boy is sharing his story after a magnet fishing trip turned up an unexpected find.

Canadians going hungry: How inflation's hitting some harder than others

Experts and advocates anticipate that more Canadians could be at risk of going hungry as inflation continues to outpace many consumers' grocery budgets.

British royalty and Hollywood royalty came together on the red carpet for the charity premiere of the new Tom Cruise movie, "Top Gun: Maverick," on Thursday night.

Blocking inflammation may be why some pain becomes chronic, study finds

A new Canadian study has found that using anti-inflammatory drugs and steroids after injury may actually increase the chances of developing chronic pain.