Reports of gunfire near Blackburn Dr. and Diana Ave. in Brantford: police

Brantford police are investigating reports of gunfire in the area of Blackburn Drive and Diana Avenue.

Police say they responded to a disturbance in the area around 5 a.m. Friday.

Friday afternoon, officers were still on scene investigating, taping off and canvassing the area. No injuries have been reported.

"We looked out the window and we saw people running, we heard some screams, it was terrifying," said Heather Perry, who lives in the area.

Perry said she was woken up at 5 a.m. by the sound of a gunshot coming from a nearby townhouse. She said she heard a "loud pop" follow by four or other gunshots. 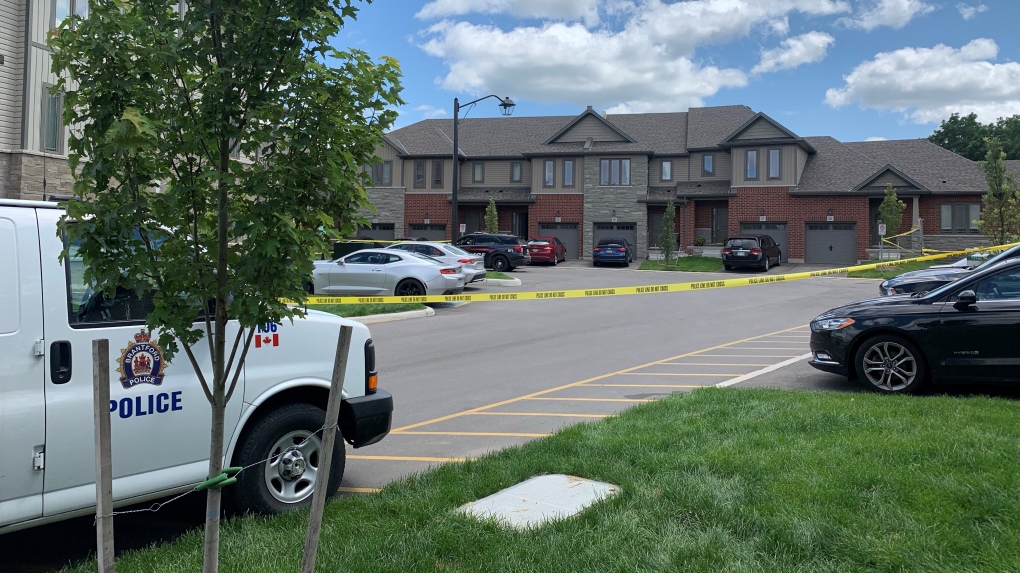 Brantford police are investigating reports of gunfire in the area of Blackburn Drive and Diana Avenue. (Carmen Wong/CTV Kitchener)

The incident is the second time this year that police have been called to the townhouse complex for reports of shooting.

In April, 20-year-old Isaiah Castillo was shot and killed in the same area.

Brantford police would not confirm is the shooting took place in the same unit where Castillo was killed, but it is the same complex.

Nearby residents say the gun violence is concerning.

"This is the second time and no, it's not good really. I just don't feel safe. People shouldn't have to live where they're afraid," said area resident Mary Stagno.

"I've lived in this neighbourhood before and it just didn't seem that rough and now it's turned into something rougher," said Michel Hodgson, who lives nearby.

The investigation into Friday's incident is ongoing. Anyone with information is asked to contact police or Crime Stoppers.

ACTIVE INVESTIGATION: BPS are on scene for an active investigation in the area of Blackburn and Diana. Please avoid the area. Additional details will be provided as soon as they are available. pic.twitter.com/TkeTFffwRB

Candidates are making their final appeals to voters today ahead of tomorrow's federal election. The three main party leaders have packed schedules as they try to reach as much of the electorate as possible.

As the federal party leaders make their final push to Canadian voters, new polling data suggests that the Liberals and the Conservatives are in dead heat.

Advice for voters on the eve of election day: A Q&A with Elections Canada spokeperson Diane Benson

On CTVNews.ca: A transcript of an interview with Diane Benson, spokesperson at Elections Canada, who answered questions on reduced polling stations, how students can vote, and other challenges facing voters in a pandemic election.

Quebec reported 742 more positive COVID-19 cases on Sunday, with 552 of those not fully vaccinated.

Canadian snowbirds are watching to see if the United States finally eases the travel restrictions preventing them from driving south for the winter but some are flying in and planning on getting a COVID-19 booster shot as soon as they get there, said one Toronto travel insurance broker.

Female employees in the Kabul city government have been told to stay home, with work only allowed for those who cannot be replaced by men, the interim mayor of Afghanistan's capital said Sunday, detailing the latest restrictions on women by the new Taliban rulers.