On the first day that a number of outdoor activities were allowed to reopen in Ontario, Waterloo Region residents made sure to make the most of them. Tennis courts, basketball courts, skateparks, splash pads, and golf courses were some of the outdoor activities that got the green light to open back up for Saturday.

The announcement from the province came on Thursday along with Ontario’s official reopening strategy.

"It's a sigh of relief, we can get on with the season," said Rob Moore, manager of the Deer Ridge Golf Course in Kitchener, on Thursday. "We didn't know when Christmas Day was coming, but now it's here."

'Unheard of': $15M Cambridge mansion with private airport up for sale

It's a massive mansion complete with a private airport, library, gym, seven bedrooms and 10 bathrooms – and the Cambridge property could be yours for a mere $15 million.

"It's just one of those properties that you marvel at," said realtor Sam McDadi, who listed the property. "It checks off all of the boxes. Like there's nothing that this house doesn't have that someone wouldn't want."

IN PICTURES: Here are some of the most expensive homes on the market in Waterloo Region

The nearly 9,000 square foot mansion is located on a 120-acre estate on Wellington Road 34 in Cambridge. McDadi says the biggest selling point is the hangar and runway on site, ideal for someone who owns a private plane.

'Using their vehicles as weapons': Several arrested after modified car rally in Kitchener

Regional police have made several arrests and laid dozens of charges after an organized car rally of modified vehicles in Kitchener.

Officials say the event drew between 250 to 300 vehicles, some from out of region, and happened in the area of Ottawa Street South on Saturday. However, some drivers were reportedly able to meet at other locations in Waterloo Region after they were dispersed.

A total of 26 charges were laid that include dangerous driving, stunt driving, speeding, flight from police, not having insurance, as well as improper mufflers, headlights, and brake lights.

Five people were arrested and charged with dangerous operation of a motor vehicle, flight from police, racing a motor vehicle, and operating a vehicle without insurance. Police also impounded five vehicles.

'We were curbside before curbside was cool': Waterloo food truck owners hungry for business

Food truck owners around Waterloo Region are doing their best to cook up some business. With large gatherings cancelled, their biggest sources of income no longer exist.

“What we did lose was our bigger gigs, all our festivals,” Fo’ Cheezy Food Truck owner Sandor Dosman said.

Trucks typically bring in their biggest bucks during days-long activates such as music festivals, which they often travel across the province to attend.

“No food truck ever had weekends off, and now I haven't worked a weekend in two years," Baptista said.

A Kitchener city councillor is in hot water for using a certain term when asked about the COVID-19 vaccine rollout.

“I’m just wondering where the report is, where things stand as far as the second dose for Canadians, for the Canadian guinea pigs,” said Ward 3 councillor John Gazzola during a Monday night meeting.

Mayor Berry Vrbanovic later clarified that it is important that elected officials need to share accurate information with the community. 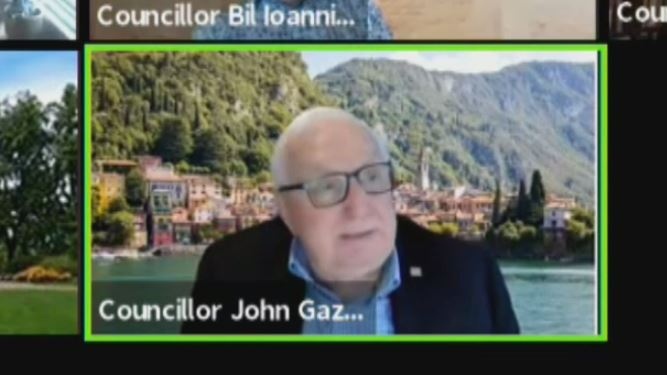