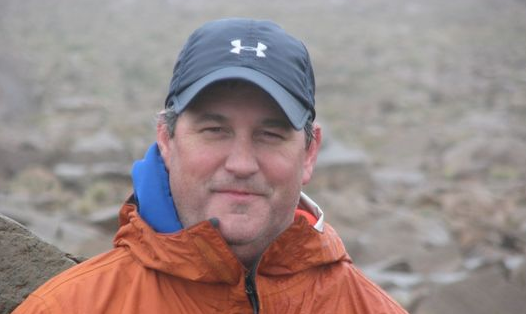 Paul Miller in an undated photo.

It was another step towards closure for the family and friends of Paul Miller.

Miller, 51, of Guelph went missing in Joshua Tree National Park in California during a hiking a trip with his wife in July of 2018.

After 18 months, remains were found in December of 2019, last week a coroner confirming they belong to Miller.

This week the Miller family and their friends returned to Joshua Tree Park to say goodbye, and follow Paul’s final footsteps.

“I probably took the path, or a similar path that Paul had taken,” said Paul’s wife Stephanie Miller in an interview with News Channel 3 in Palm Springs California.

Miller’s wife Stephanie says it’s reassuring to know her husband died doing something he loved, “If Paul had to go I’m glad he went doing what he loved and in a place that was on his bucket list,” said Miller.

A guide took the group to the spot Paul was found in December of 2019.

The exact cause of his death is still unknown, but the park superintendent says Paul’s belongings appear to indicate he died suddenly.

“The fact that he still had water and food in his backpack indicates that it was a sudden cause of death because if he was dehydrated he would drank the water and eaten the food," said park superintendent David Miller in an interview with News Channel 3 in Palm Springs California.

The Miller family also used the opportunity to thank some of the hundreds of volunteers who helped search for Paul in the days, weeks, and months after his disappearance.