The City of Guelph is planning a big celebration to honour Lt. Col. John McCrae, the man behind the Remembrance Day poem "In Flanders Field."

McCrae, who was born 150 years ago, grew up in Guelph in what is now called the "The McCrae House."

The museum is one of many locations honouring the author's life and work.

His famous poem continues to resonate with people more than 100 years after McCrae wrote it in the trenches of Ypres, Belgium in 1915.

McCrae was also known as an artist.

The Guelph Civic Museum is hosting an exhibition called "Witnessing War" which features drawings by McCrae. 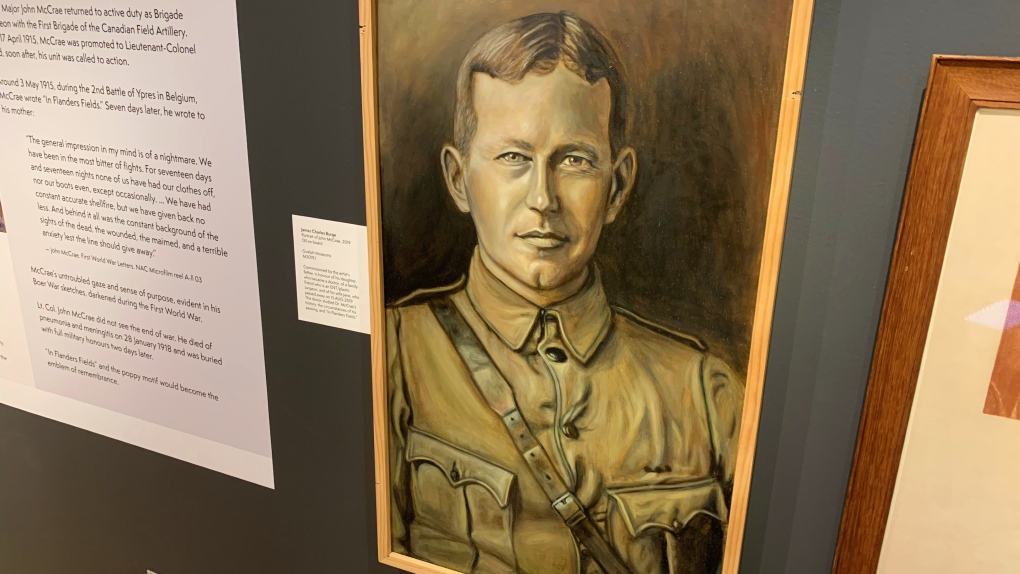 A painting of John McCrae by James Charles Burge hangs inside the Witnesses War Exhibit at the Guelph Civic Museum. (Krista Sharpe/CTV Kitchener)

McCrae served in both the South African War and the First World War before he passed in 1918.

Other Guelph artists, or those with connections to the Royal City, are also featured in the exhibit.

Guelph is planning to plant poppies to mark the 150-year anniversary of McCrae's birth.

"We are looking to get 150 poppies planted throughout the city," said Val Harrison, the visitor experience supervisor for Guelph Museums.

The red flowers will be placed in 25 public spots and are expected to bloom in early July. The City of Guelph’s horticultural team has been growing the blooms inside a local greenhouse.

"There will be hashtags and QR codes so you can find out more information," says Harrison. 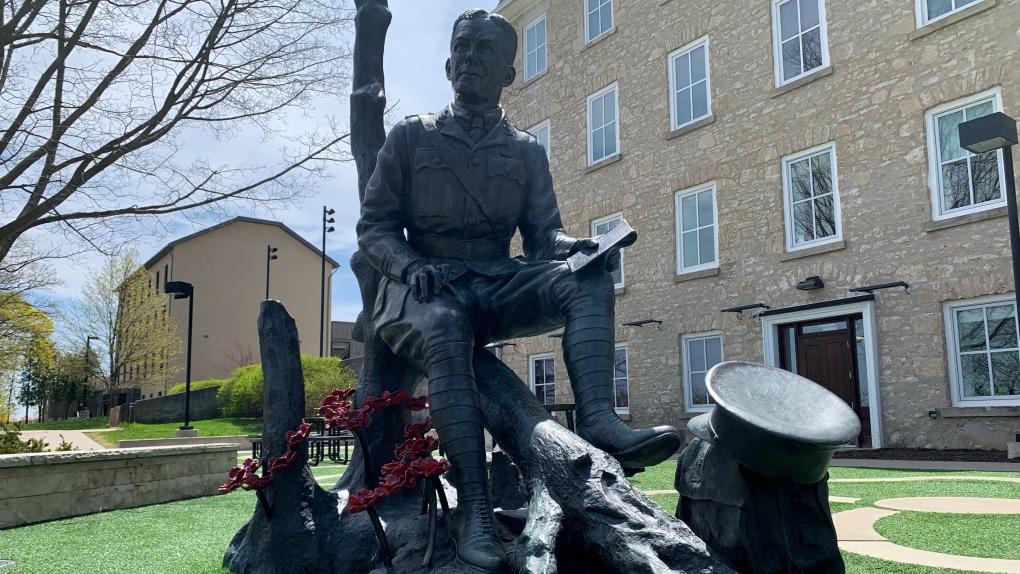 Guelph Museums is also inviting the public to take a trip overseas.

"That is a tour to France, Belgium and the Netherlands," said Harrison. "We will be exploring the story of McCrae and the Second World War, and how it related to Guelph."

More information on the tour and upcoming events can be found on Guelph Museums website.