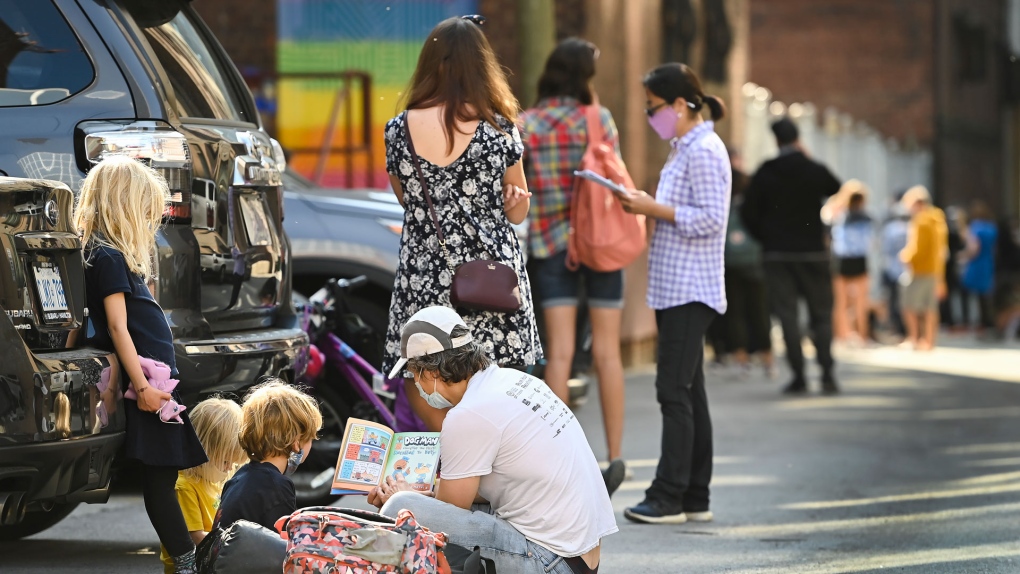 A family reads a book as they sit in an alleyway for hours at a COVID assessment centre at St. Michael's Hospital during the COVID-19 pandemic in Toronto on Monday, September 28, 2020. THE CANADIAN PRESS/Nathan Denette

There were another 12 cases of the disease that are considered resolved, bringing that total to 1,461.

Since the pandemic began, 120 people in the region have died from COVID-19. That leaves 156 active cases in the region, of which one is hospitalized. To date, 252 people have been hospitalized with the disease at some point.

One of the region's six outbreaks was declared over on Thursday. Three child-care settings had declared outbreaks after a case was identified at each of them, but the region's online COVID-19 dashboard shows that one of those outbreaks is over.

Across Ontario, public health officials reported 538 new cases of COVID-19, bringing the provincial total to 52,248. Most of those were reported in Toronto-Area health units, including 229 new cases in Toronto, 101 in Peel Region and 43 in York Region. Sixty-six new cases were also reported in Ottawa.

There are currently 162 patients in Ontario hospitals with COVID-19. Of those 162 patients, 37 are being treated in an intensive care unit, while 17 are breathing with the assistance of a ventilator.

Ontario's latest COVID-19 modelling data shows that Ontario is now doubling its new cases every 10 to 12 days, and the province could be recording 1,000 new cases per day in a matter of weeks.

Ontario's testing backlog leaves some waiting over a week for results

Pandemic could drag on even if a vaccine is found, report warns

Ontario could revert back to some Stage 1 restrictions in COVID-19 hotspots, official says

Will people ever feel comfortable in large crowds again?