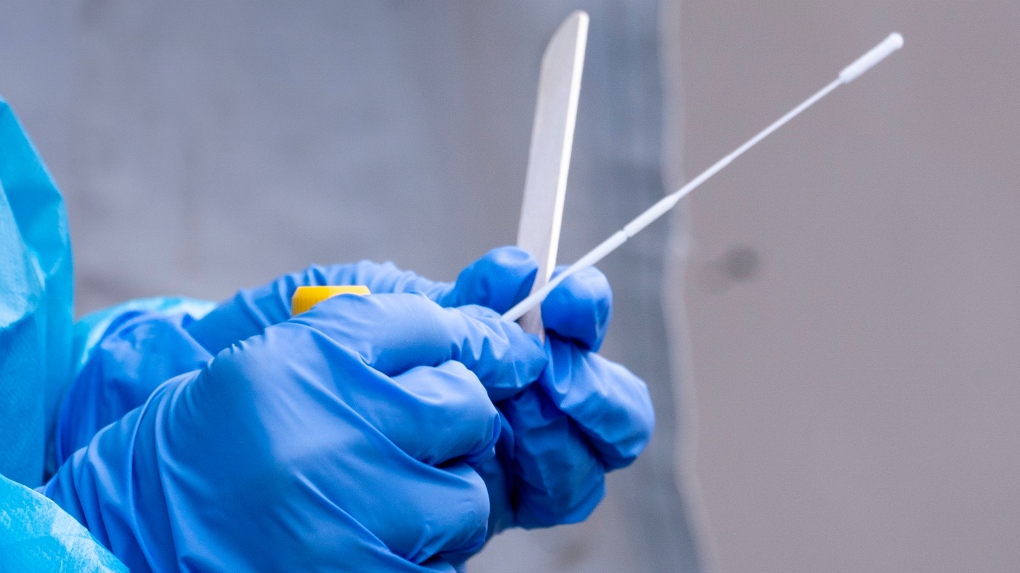 A nurse gets a swab ready at a temporary COVID-19 test clinic in Montreal, on Friday, May 15, 2020. THE CANADIAN PRESS/Paul Chiasson

KITCHENER -- Health officials are reporting 86 new cases of COVID-19 in Waterloo Region, the first time the daily increase has been over 80 in exactly one month.

The last time there was a daily increase higher than Sunday's total was 87 cases reported on May 13.

There are 37 more active cases in the region. This marks the sixth day in a row this total has increased.

The number of hospitalizations and those being treated in the ICU have remained unchanged in the past 24 hours.

The number of active facility outbreaks has remained unchanged. An outbreak at multiple locations of an unnamed congregate setting, declared on June 3, currently has 73 cases linked to it.

In Ontario, health officials confirmed 530 new cases of the novel coronavirus on Sunday after officials reported 590 on Thursday, 574 on Friday and 502 on Saturday.

Ontario’s rolling seven-day average now stands at 514, down from 791 at this point last week.

The province also reported that seven more people have died due to COVID-19 in the previous 24-hour period, bringing the total number of deaths to 8,957.

The province deemed 763 more cases of the disease to be resolved as of Sunday, bringing Ontario’s number of recovered patients up to 525,125.