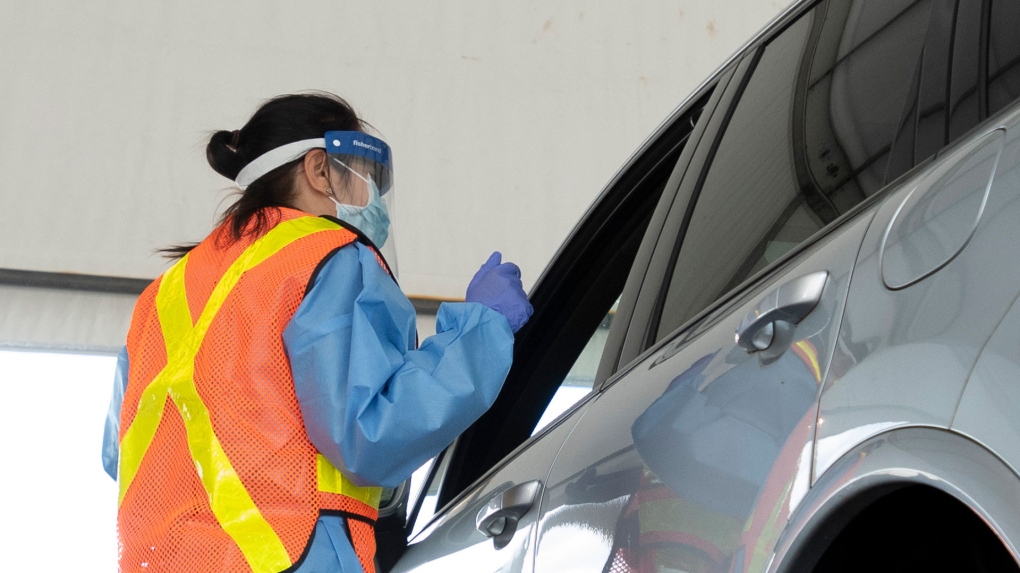 Ottawa Health personnel speaks with the driver before administering a COVID-19 test at a drive-through test centre in Ottawa, Friday, September 4, 2020. THE CANADIAN PRESS/Adrian Wyld

KITCHENER -- Public Health has confirmed 95 new cases of COVID-19 in Waterloo Region in its Sunday update, which is the first time since Dec. 30 the daily cases reported has been below triple digits.

The online dashboard update also shows 79 cases connected to the past 24 hours, a number that often differentiates from the running total increase due to officials going back to update records from previous days.

The number of active cases in Waterloo Region has dropped by 92, which puts it below 1,000 for the first time since Jan. 8.

There are 105 new cases considered resolved, while the number of related deaths, hospitalizations, and people being treated in the ICU all remain unchanged.

A COVID-19 facility outbreak has been declared at BrightPath Childcare Centre, with two cases connected to it. This brings the total outbreak count in the area up by one to 46.

In Ontario, health officials reported 3,422 new infections on Sunday, 3,078 considered resolved, 69 additional deaths, and 60,183 tests being completed from the past 24 hours.

Canadians reporting more anxiety and depression than ever before, poll finds

1M vaccine doses to be delivered every week in next phase of COVID-19 immunizations: Fortin

With Ontario's stay-at-home order in effect, can police randomly stop you?