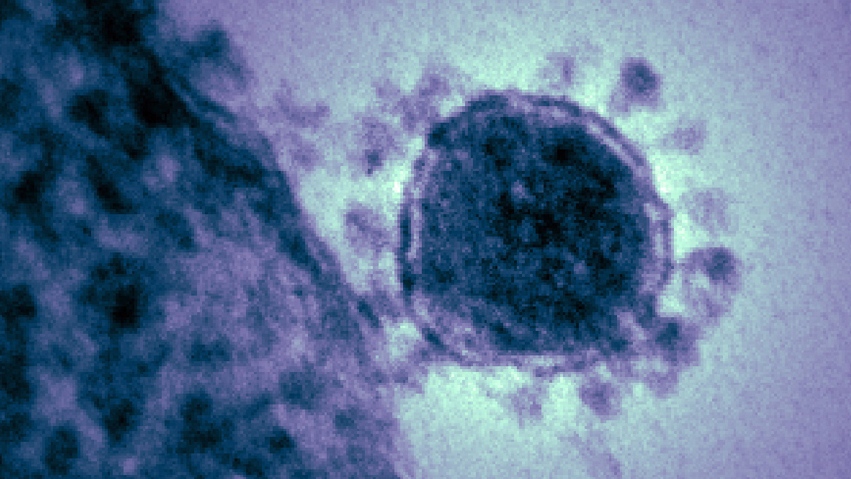 A coronavirus is shown in this colourized transmission electron micrograph. (U.S. National Institute for Allergy and Infectious Diseases)

KITCHENER -- Region of Waterloo Public Health officials reported 8 new cases of COVID-19 on Monday, since the last update on Friday.

This brings the total number of positive cases in the region to 1,393.

Four more cases have been resolved since the last update, bringing the total number of resolved cases to 1,235. The number of deaths remain the same at 119.

That leaves 39 known active cases in Waterloo Region. Twelve of those cases are in hospital, according to the region’s COVID-19 dashboard.

Columbia Forest LTC is the only long-term care home that remains in an outbreak. The facility declared their outbreak on July 23 after a staff member tested positive for the virus.

The region updates its testing numbers on Tuesdays and Fridays. As of the region’s last update, 52,326 COVID-19 tests had been done.

The province is not updating its COVID-19 numbers on Monday due to the Civic Holiday. Instead, Monday’s numbers will be provided alongside Tuesday’s update.

As of Sunday, Ontario had recorded another 116 cases of COVID-19, a slight dip from Saturday’s 124 patients. But that was the third day in a row the province recorded more than 100 new daily cases of the virus since dropping to double digits on Wednesday and Thursday.

One additional death was also reported.

The next update for provincial COVID-19 numbers will be available Tuesday at 10:30 a.m.