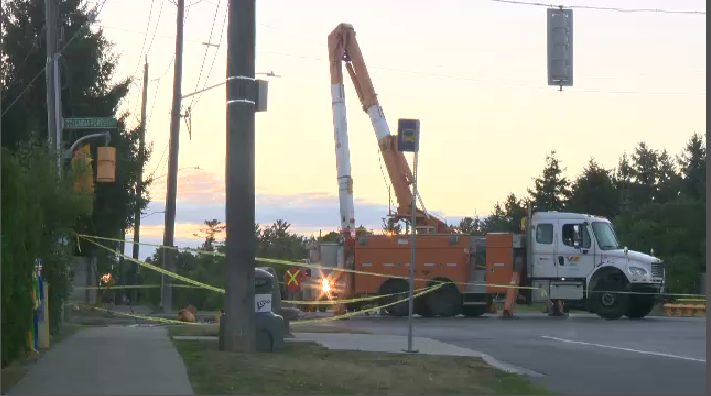 A driver has been charged after a recycling truck crashed into traffic lights and wires in Waterloo.

Emergency crews were called to the crash around 4:45 p.m. in the area of Erbsville Road and Willow Wood Drive.

Police say the recycling truck was heading north on Erbsville with its rear gate raised. The rear gate struck wires, traffic light supports, and caused them to fall over onto the road.

The road was closed until around 4 a.m.

A 27-year-old Kitchener man has been charged with careless driving.