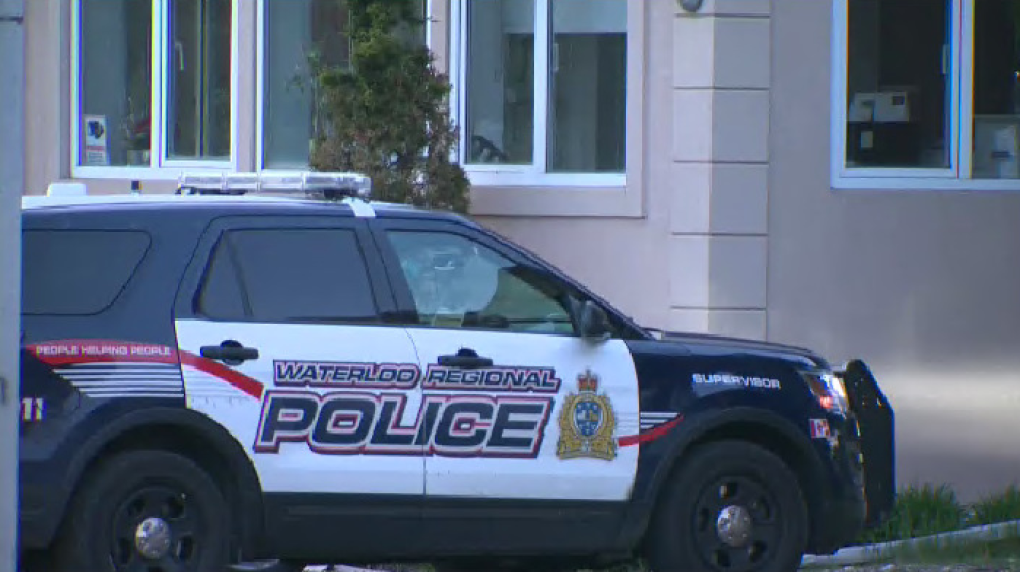 Waterloo regional police on scene of an incident on King Street in Kitchener. (May 13, 2021) (Terry Kelly/CTV Kitchener)

KITCHENER -- Waterloo regional police are investigating an arson after they say they found a recycling bin lit on fire and gasoline intentionally dumped behind a Kitchener apartment building.

Officers first saw the recycling bin on fire just before 7 p.m. on Wednesday in the area of King Street West.

Police say they put out the flames before they spread, but when investigating with Kitchener Fire, smelt the odour of gasoline behind a nearby apartment building.

Officials add that it appeared gasoline was intentionally dumped at this spot.

Firefighters aired out the building and determined there was no danger for those living inside.

The incident is being investigated as an arson. Anyone with information is asked to contact Waterloo Regional Police.