The Children’s Foundation of Guelph and Wellington is seeing a record number of people using its Adopt-A-Family program this holiday season.

The program pairs donors with families identified by social-community agencies to provide toys for children and needed items like boots and jackets. All the items are collected through donations and toy drives. Over 50 volunteer elves help organize the gifts for the correct family. Last year volunteers contributed over $40,000 in liveable wage time.

Last year, the program saw a record 1,431 families and independent youth adopted by the end of December. Organizers say they have already surpassed that number in mid-November.

“So, mid-November, we’re seeing the same number of referrals as we did all of last year. So we’re seeing that need go up in the community for sure, and we’re seeing a lot of folks struggling,” Megan Harron, the program manager of the Children’s Foundation of Guelph and Wellington Adopt-A-Family program said.

“It’s high for this time of year, for sure. That’s why we’ve kind of called on the community and asked for this call to action, because we definitely are seeing that number go up,” Harron said.

Accordin to Harron, around 800 donors have registered this year. She said that is lower than the amount in 2021. 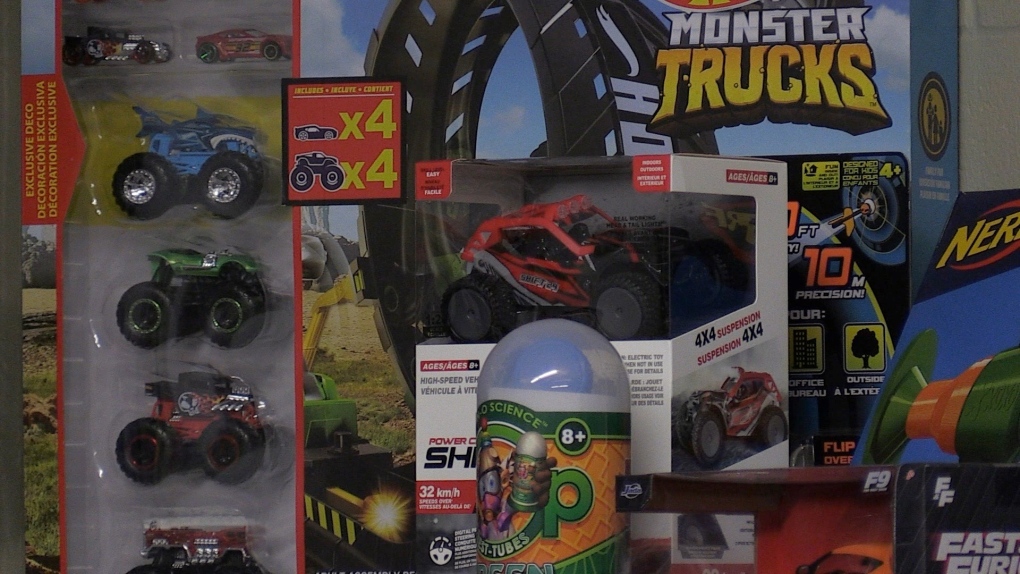 Toys from the Children's Foundation of Guelph and Wellington are set to be given to families in need. (Colton Wiens/CTV News)

It’s not a surprise to community organizations like Hope House, which has seen a 45 per cent increase in the number of people using its services this year.

“We’re still working with a larger pool of resources like food and stuff, but not 45 per cent larger. So, it means that people are getting a bit less than what they had before,” Jaya James, the executive director of Hope House said.

“We’re seeing quite a few more people coming in who are either on fixed incomes or who work and before we’re able to make it work, but now are finding that just the increased costs of gas and utilities and rent have just made it challenging and they’re struggling on how to make ends meet,” James said.

The Children’s Foundation is still looking for more donors for its 190 remaining families.