KITCHENER -- Following several days of above seasonal temperatures, shots of cooler air are expected to move in to Waterloo Region.

Wednesday brought on early morning thunderstorms and showers, but clouds cleared making way for another sunny day in the teens.

Windsor climbed to 21 degrees Wednesday afternoon, while the seasonal average is just 12 degrees. 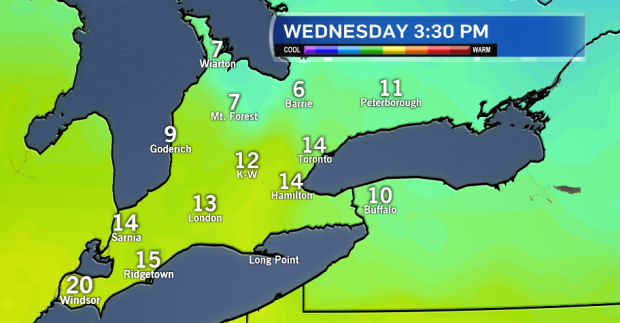 Wednesday night clouds are forecast to increase ahead of periods of rain and potentially even thunderstorms once again.

Scattered showers could drop a general 5-10mm of rain Thursday, with heavier rain along the northern shores of Lake Erie. The precipitation for some will transition over to wet snow/flurries, although sunny periods are expected through the afternoon.

The temperature falls to the low-mid single digits in much of Southern Ontario, with winds a contributing factor. Westerly winds will gust between 50 and 70km/h Thursday. 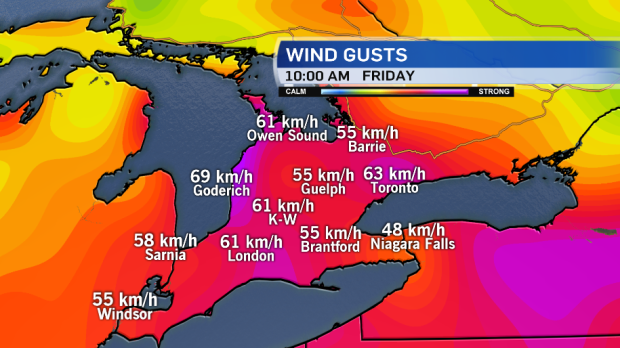 Any snow that falls won’t stick around long.

Clearer skies and sunshine are set to return Saturday with temperatures near seasonal. Showers and periods of rain are possible Sunday and Monday for parts of Southern Ontario as a Texas Low tracks toward the Lower Great Lakes. 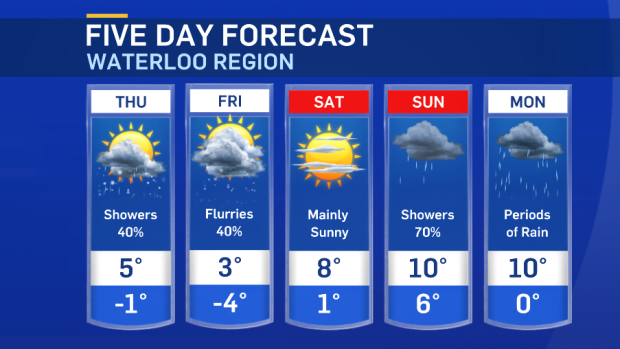