Quick response from firefighters saves hundreds of pigs near Drayton 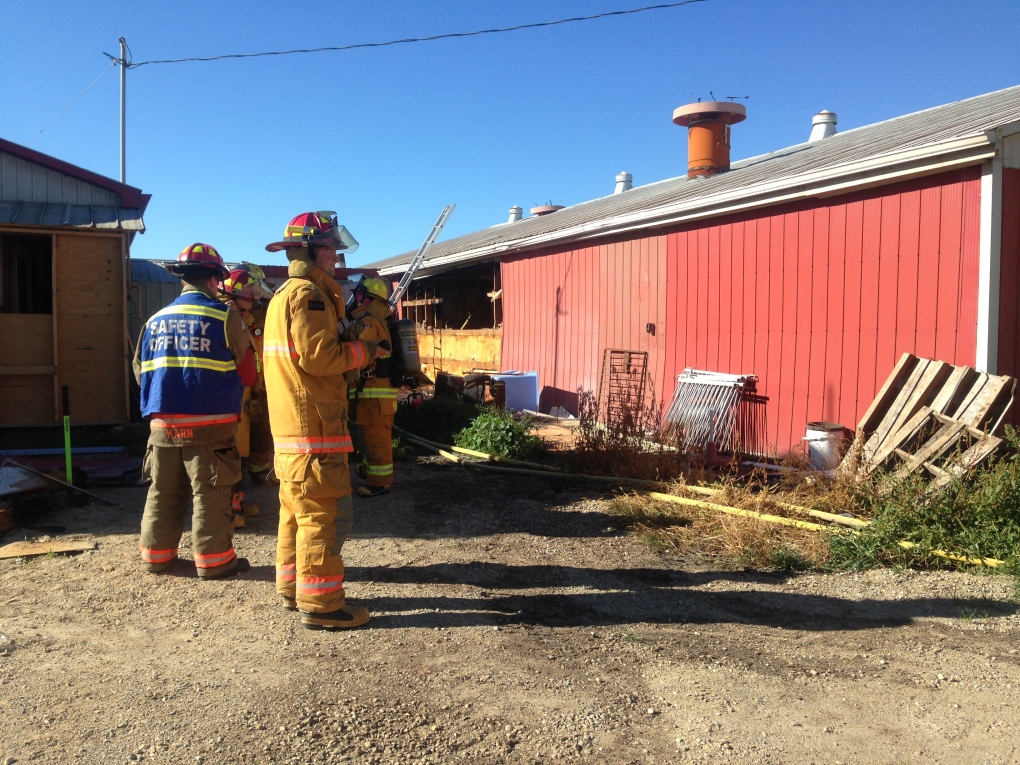 Firefighters were called to a pig farm near Drayton this afternoon in Mapleton Township.

Four stations and 45 firefighters responded to a blaze on Twelfth line.

“If we had been any later there is a false roof here you can see t was starting to roll under. Had it got up into the false ceiling there you're looking at roof collapse and what not. There are 3 barns attached and this would have been a phenomenal loss here," says Deckert.

The fire according to Deckert was isolated to one corner of the barn.

The owner of the property says barn houses about 250 pigs, but no sows or piglets were in that section at the time.

Firefighters say they believe the cause was electrical.