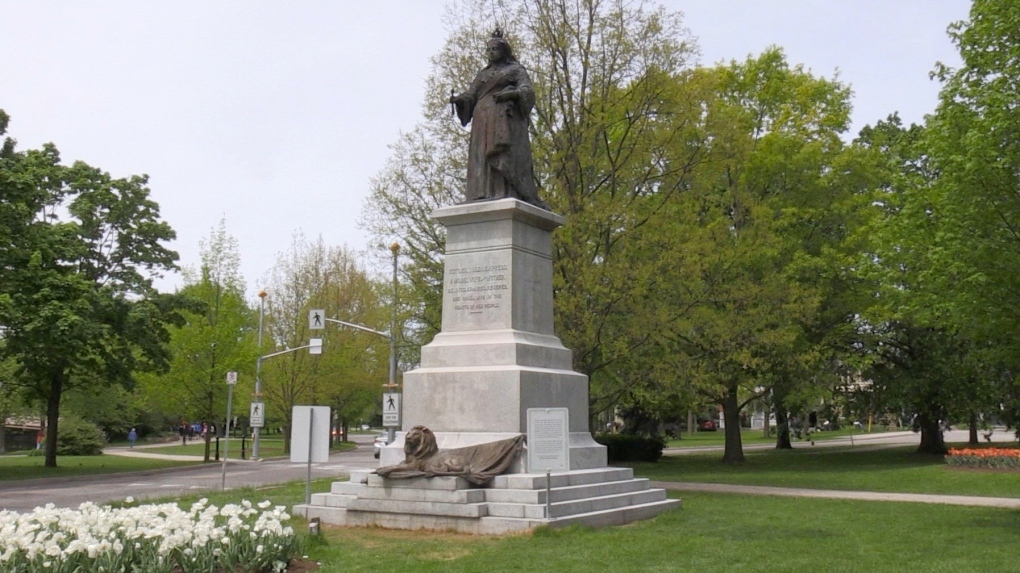 The Queen Victoria statue in Kitchener's Victoria Park. (May 23, 2022)

The conversation to decide the fate of Kitchener's Queen Victoria statue is officially underway.

City council ratified a plan to start a public consultation process, which may take up to a year, at a Monday meeting.

The statue has had red paint put on it several times since last July.

The city plan includes launching a public education campaign about the statue as well as gathering public feedback, with priority on Indigenous, Black, and racialized voices.

"So rather than just putting out a public survey and seeing who we get and just hoping for the best, we would be intentionally reaching out to those communities to ensure those voices are prioritized," said project manager Elin Moorlag Silk.

The process is expected to take up to 12 months and cost $30,000 before council decides what to do next.