Public weighs in on policing in Upper Grand schools 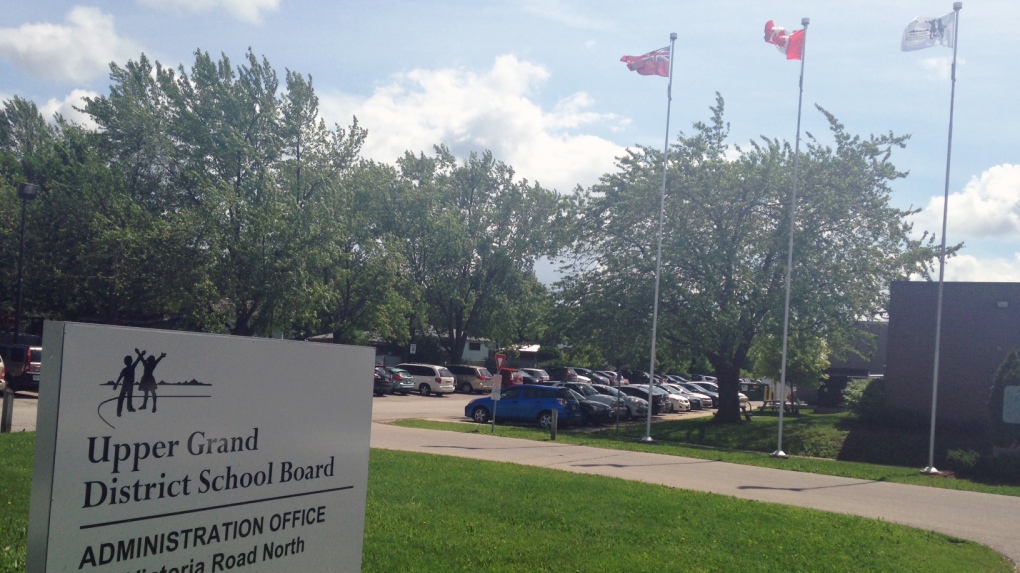 A sign for the Upper Grand District School Board administration building is pictured on Monday, June 15, 2015.

KITCHENER -- The role police should – or shouldn’t – play in the Guelph area’s public schools was up for discussion in a virtual town hall Tuesday evening.

The opinions were shared through an online confidential system that allowed people to share their opinions and for others to give the opinions a rating to show how agreeable it was them. The data will now be considered by the board’s Police Presence Task Force.

"We are collecting a lot of information from as many voices as possible," said Cheryl van Ooteghem, superintendent of education with the UGDSB.

The system allowed people to rank the ones they agreed with the most.

The top-ranked response said that "police are inherently ill-equipped to meet the needs of children and teens who may be struggling," adding there are other professionals who might offer better resources.

One respondent also said some students don't feel safer having a police officer in the schools and may even "feel the opposite due to personal experience."

The majority of the comments recommended removing police officers from schools entirely, or wanted a version that focused on education rather than enforcement. Some, however, said police promotes positive relationships between officers and students.

"We're going to take the time to look through it and to bring all that data together to look for trends," van Ooteghem said.

The top response to that question said the UGDSB should "be comfortable not deciding with the majority" and should discontinue the program if students don't feel safe.

Other school boards in Ontario have launched similar reviews, including the Waterloo Region District School Board. The WRDSB suspended its program pending a review.

The UGDSB will still have officers in schools while the review is underway.

There is an online survey available that will close on Oct. 26. The task force is expected to bring a report back to the UGDSB on Dec. 15.