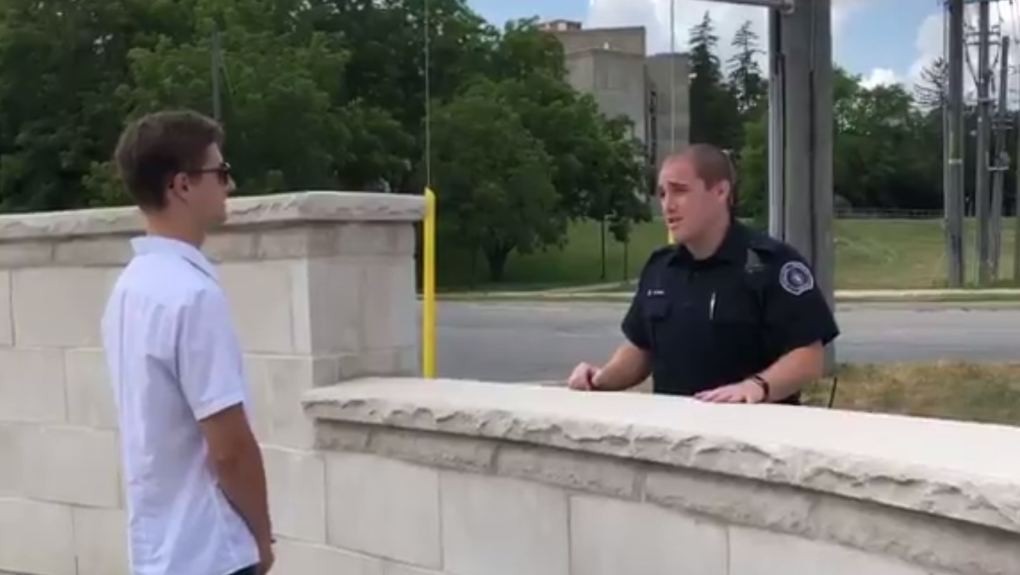 A still from one of the safety videos on public urination. (@gpsmedia / Twitter)

Guelph police have released a series of safety and informational videos on Twitter geared toward post-secondary students.

A number of Twitter accounts affiliated with the University of Guelph are tagged in the tweets, with classes beginning next week.

Each video that is part of the series is joined by the hashtag #SafeSemester2019.

The videos include laws about drinking in public, wearing a seatbelt and safety when it comes to ride-sharing apps.

Another video answers the question about whether or not public urination is allowed. In it, an actor is getting ready to urinate outdoors when an officer pops up to inform him that he could receive a $365 ticket for doing so.

"What are you doing? The City of Guelph is not your washroom," the officer tells the would-be offender.