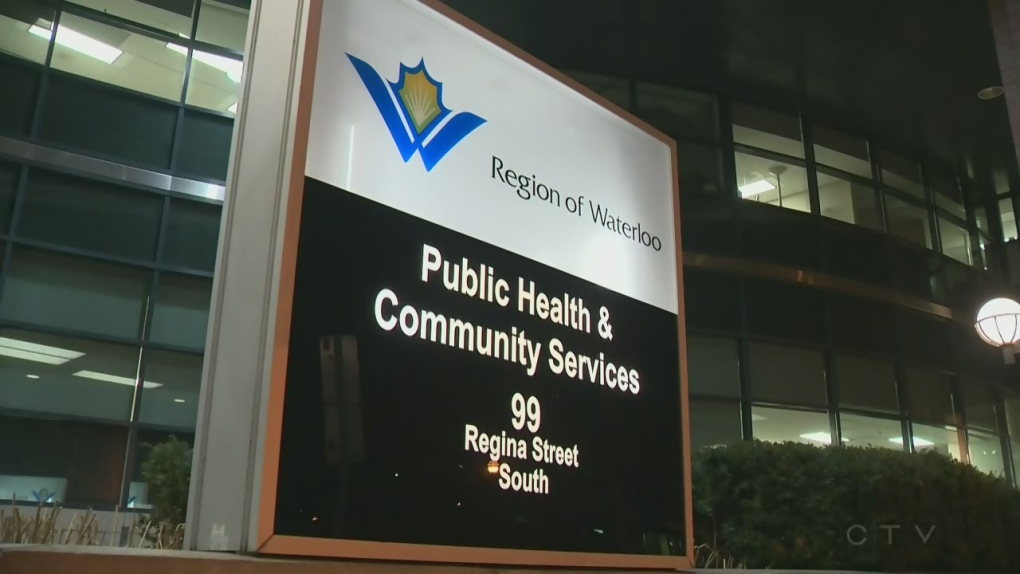 KITCHENER -- Another 20 cases of COVID-19 have been confirmed by Region of Waterloo Public Health.

The new cases were included in the Saturday afternoon online dashboard update and bring the total number to 2,063.

The 10 new resolved cases bring that total number to 1,840. The number of active cases also increased by 10 to 103 total.

The number of deaths remains unchanged at 120 as does the eight patients still in hospital and the nine active outbreaks.

On Saturday, Waterloo Catholic District School board confirmed to CTV News there was a COVID-19 case in a student at Saint John Paul II Catholic Elementary School in Kitchener.

A letter that was sent to parents and guardians of students says the case has caused an entire classroom to be considered high risk contacts. They have reportedly been dismissed from the school and asked to self-isolate.

In Ontario, health officials confirmed 978 new COVID-19 cases on Saturday, which is higher than the previous record of 939 set back on Oct. 9.

The majority of cases were found in Ontario's four COVID-19 hotspots, which are currently in a modified Stage 2. There are 348 new cases in Toronto, 170 in Peel Region, 141 in York Region and 89 in Ottawa.

The total number of lab-confirmed infections in the province is now 69,331, including deaths and recoveries.

There were 625 more cases considered to be resolved by officials on Saturday. The province now has a total of 59,242 recovered patients.