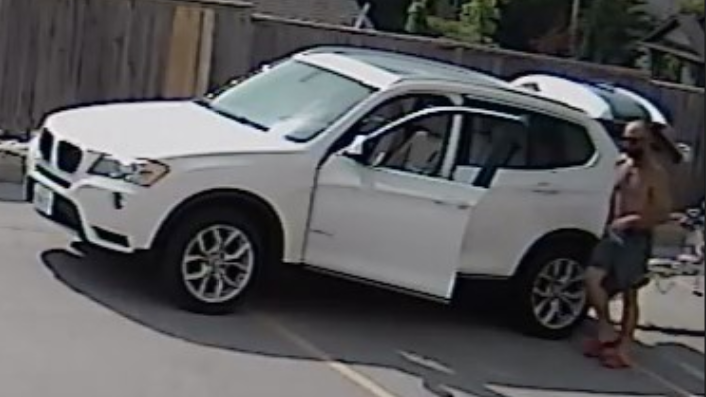 Police are looking to identify a suspect and a vehicle that may be connected to a number of indecent acts. (@OPP_WR / Twitter)

Police are looking to identify a suspect and a vehicle that may be connected to a number of indecent acts.

The incidents have happened across Brant and Norfolk counties.

The photos were released days after a woman reported an indecent act on Queensway East in Norfolk County.

In that incident, the woman was sitting in her vehicle when she saw a man exit an SUV completely nude.

He then reportedly exposed himself to the woman before getting back in and driving off. A short time later, he returned to expose himself to the same victim, police say.

That's when she called the police.

The vehicle in question is described as a white SUV.

The released photos show it towing a trailer with a personal watercraft on the back.

A man appears in one of the photos as well.

He's shirtless and has some facial hair. He's described as a tall, tanned man with muscular arms, between the ages of 20 and 30.

Anyone with information in regard to this case is asked to call police.