Provincial funding might 'not be enough' to offset cost of COVID-19 in Brantford, mayor says 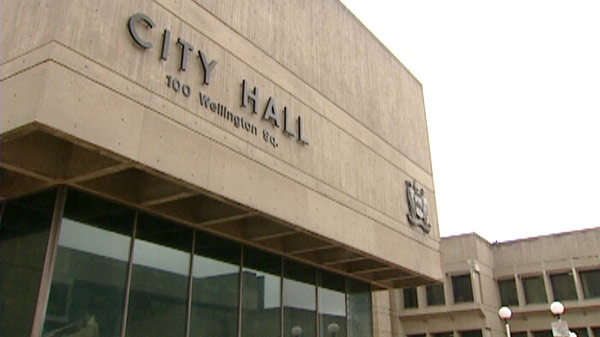 KITCHENER -- The mayor of Brantford says funding from the provincial government may not be enough to help the city with its deficit due to the COVID-19 pandemic.

The City of Brantford will receive $6,342,481 as part of the province's $4 billion bailout for municipalities across the province.

“The city is grateful for the relief the province has announced to date,” Mayor Kevin Davis said in a news release. “However, we expect it will not be enough to offset all of the lost revenue and increased expenses as a result of the ongoing pandemic. Consequently, council may well be required to make some very difficult decisions regarding discretionary spending, as well as considering the deferral of capital projects.”

Brantford officials said the city will get the money in two phases starting this fall.

The first phase includes $5,043,300 to address operation pressures. The city will also get $1,299,181 for Brantford Transit due to lost fare revenue and safety measures on buses in the city.

The second phase of funding is based on the city giving the province an estimate of its COVID-19 relief financial pressures.

In May, the city estimated a $5.03-million deficit. It's expected to rise when a new staff report is presented to council in September, city officials said.

Municipalities in Waterloo Region will get more than $43 million from the Safe Restart Agreement.

Here's how the funding breaks down:

The Region of Waterloo estimated a $17-million deficit in 2020.

Regional Chair Karen Redman said the provincial funding will help pay municipalities back for bankrolling essential services during the pandemic.

"We rely on user fees, development charges and municipal taxes, which are based on your house, to fund these things. That revenue was never meant to fund these kinds of services, but we knew that we had to continue to offer them because people needed them now more than ever," Redman said earlier this week.

Redman said the region is still waiting on details from the province on how the money can be spent.

The City of Guelph is getting $11 million from the Safe Restart Program.

That city's money is broken down into $6.9 million in emergency operating funds, and another $5.1 million for transit costs.

“This funding is absolutely critical for Guelph to cover costs associated with COVID-19,” Scott Stewart, the city's Chief Administrative Officer, said in a press release. “This is certainly welcome news as we prepare next year’s budget. We’re still being careful to manage costs and prepare for the possibility of a second wave of the virus.”

The city said it has spent $3.6 million since the pandemic began on cleaning and supplies, personal protective equipment, Plexiglas barriers and other infrastructure to meet public health guidelines.

Its lost revenue from recreation, transit, parking and other fees. That's expected to cost the city $20.7 million.

These measures are expected to save the city around $14.3 million by the end of the year.