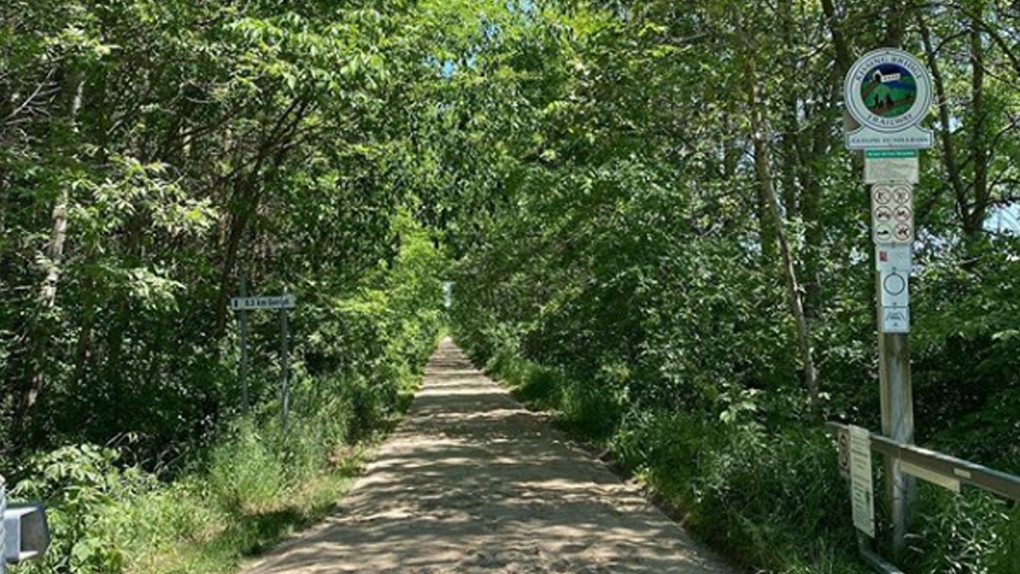 The section of the Kissing Bridge Trailway from Sideroad 16 to Weisenberg Road. (@g2grailtrail / Instagram)

KITCHENER -- Ontario has committed more than $124,000 to support two trail projects in Waterloo Region and Guelph.

The announcement was made on Wednesday.

More than half of the money will go towards the non-profit Guelph to Goderich Trail, which aims to have a paved, uninterrupted path between the two cities.

The 132 km route will get $76,078, part of a greater quarter-million dollar investment to fully resurface the trail, hire a project manager and create new signage.

"It is with great gratitude that G2G Rail Trail Inc. was able to apply and successfully receive a grant from OMAFRA via the Rural Economic Development (RED) program," Executive Director Doug Cerson was quoted in a news release.

Wilmot was also a beneficiary of some funding through the program.

The township will get up to $48,000 to hire a project manager and engineer to upgrade the Nith River Trail, as well.

The province's funding will go towards the total project cost of $161,000.

"This project will also include the stabilization of portions of the river bank to minimize erosion during flood events, and serve to protect the investment in the trail infrastructure while improving the overall health of the river and benefiting neighbouring rural communities downstream," the news release reads in part.

The Ontario government is committing more than $3 million to 58 projects around the province as part of the updated RED program.