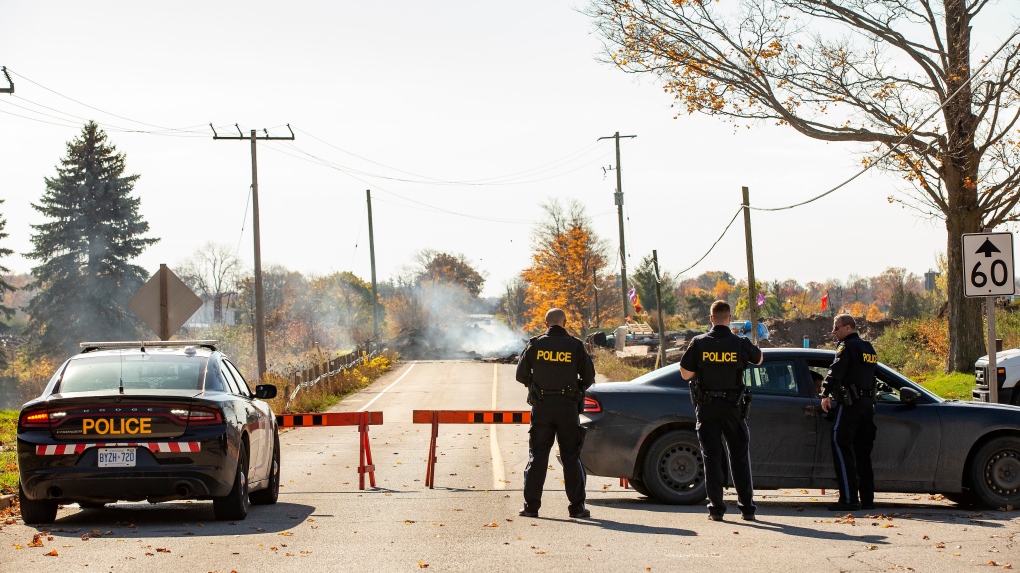 Ontario Provincial Police are shown at a blockade on McKenzie Rd. in Caledonia, Ont., on Friday, Oct.23, 2020, after a judge granted a permanent injunction against a land reclamation camp known as 1492 Land Back Lane. THE CANADIAN PRESS/Tara Walton

KITCHENER -- Protesters occupying a construction site near Caledonia are appealing an order telling them to leave.

In October, a judge granted the development company at McKenzie Meadows a permanent injunction against the camp, known as 1492 Land Back Lane.

Skyler Williams, one of the protesters, was ordered to pay legal fees for the county and the developer orf more than $168,000. Williams is appealing that order, saying the judge wouldn't allow him to represent himself in court or present constitutional arguments.

The group said the development near Six Nations is on Indigenous land.