Anyone looking to send packages this holiday season might want to prepare themselves for the price to do so.

This week, surcharges on domestic packages have been set to 37 per cent. This is a slight drop from when it hit nearly 40 per cent last week.

In an email to CTV News, a Canada Post spokesperson said fuel surcharges are applied year-round as a standard industry practice.

"Our fuel surcharges are based on the average price of diesel across Canada as measured by Kalibrate Technologies Ltd., an independent company that monitors fuel prices in Canada," the statement reads in part.

People showing up to the Canada Post office on Bridgeport Road East in Waterloo on Tuesday were taken aback when they found out the pretty penny it was going to cost them to send a parcel.

"I'm just kind of realizing this now so I don't really know what I'm up against when I get in there, but I'm sure I will. I'm sending this off to some great friends in Nova Scotia," one person told CTV News.

"That is horrendous. I haven't sent a parcel and I have to do it this week so it's going to be crazy," said another person.

As the saying goes, good things come in small packages. But people are having difficulty finding the good in any of it, no matter the size.

Given inflation and the holiday rush, small business owners who rely on mail to get their products to customers are also feeling the pressure.

"We do a lot of shipping. We ship out almost daily. The prices have almost doubled with the fuel charges and it's no longer competitive for us so now we've had to reach out to other shipping companies," said Crystal Malone, the owner of Crafty Crystal, which specializes in DIY craft kits. 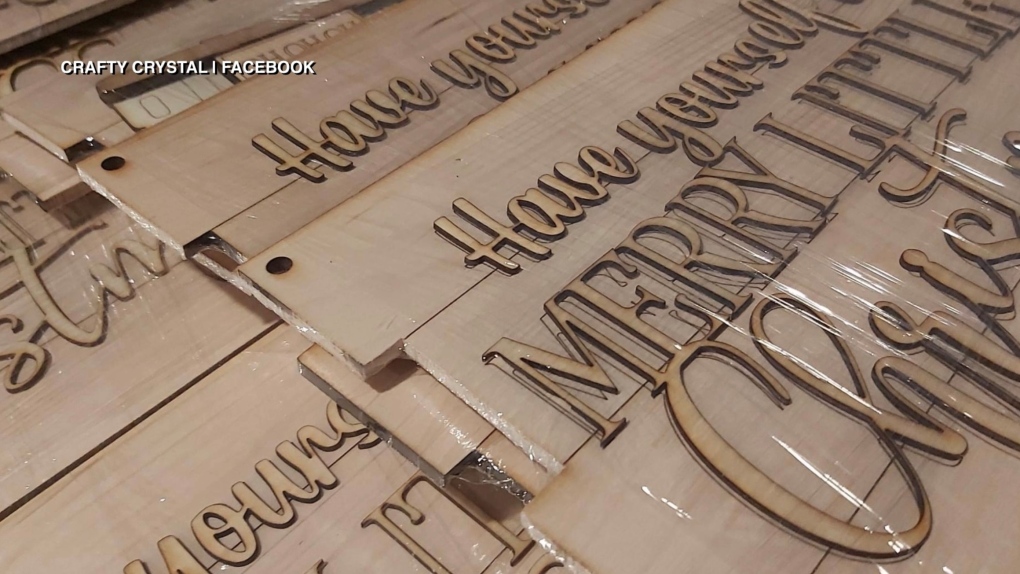 Crafty Crystal ships products almost daily, but had to stop using Canada Post because of the high fuel surcharges.

Malone used Canada Post before the fuel surcharges became too costly. Considering she offers a flat rate to customers for shipping, she was forced to eat the added costs herself.

"It's ridiculous. I would rather hand-deliver and drive around city to city delivering," said Malone, who suggests other business owners should consider smaller delivery services because they sometimes offer better deals.

With the holidays fast approaching, many feel the fuel surcharges have boxed them in, but admit they'll have to send their packages anyway – stamp and all. But nobody said anything about a stamp of approval.

A powerful, 7.8 magnitude earthquake rocked wide swaths of Turkiye and neighbouring Syria on Monday, killing more than 2,300 people and injuring thousands more as it toppled hundreds of buildings and trapped residents under mounds of rubble or pancaked floors.

Retirements, high training costs and poor pay are fuelling a pilot shortage in Canada, industry analysts say, at a time when travel has surged in the wake of the COVID-19 pandemic.

The outlook for the loonie in 2023 largely depends on commodity prices, how the U.S. dollar fares, and whether central banks are successful in avoiding a major recession, experts said.

The Bank of Canada is set to publish its first summary of deliberations Wednesday, giving Canadians a peek into the governing council's reasoning behind its decision to raise interest rates last month.

Walt Disney Co. has cut an episode from the hit cartoon series 'The Simpsons' that contains a reference to "forced labour camps" in China from its streaming service in Hong Kong, according to a check of the service.