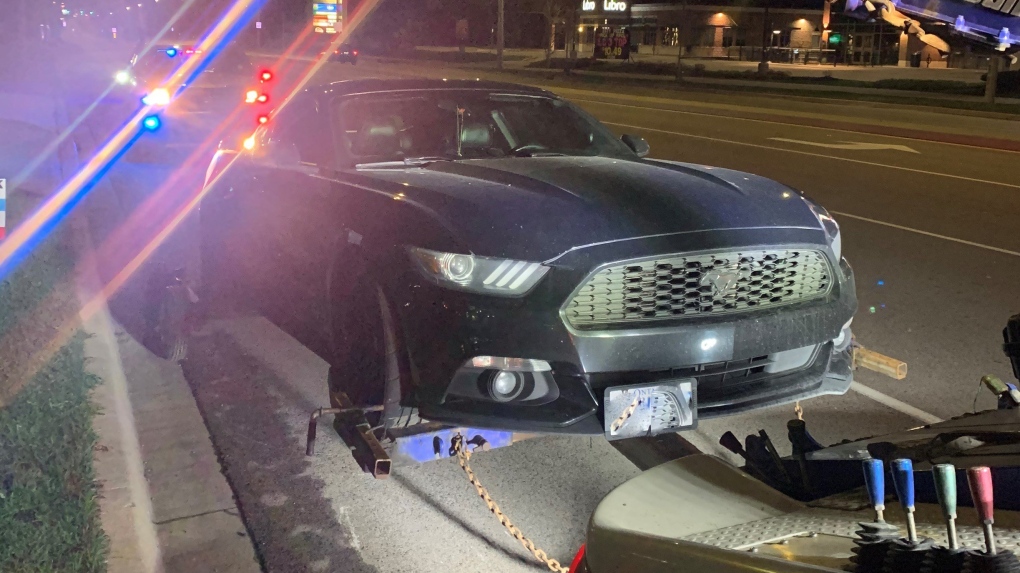 KITCHENER -- Two drivers going 50 km/h and 76 km/h over the speed limits on Kitchener roads were stopped by regional police.

On Thursday night, officers reportedly saw two vehicles racing each other on Fischer Hallman Road, but only stopped one.

A 32-year-old driver has been charged with stunt driving, going 136 km/h in a 60 km/h zone, and driving with a speed measuring warning device for a potential total of 15 demerit points.

In a separate incident, officials say that an 18-year-old driver has had his licence suspended and vehicle impounded for a week for going 100 km/h in a 50km/h zone on Wilson Avenue.