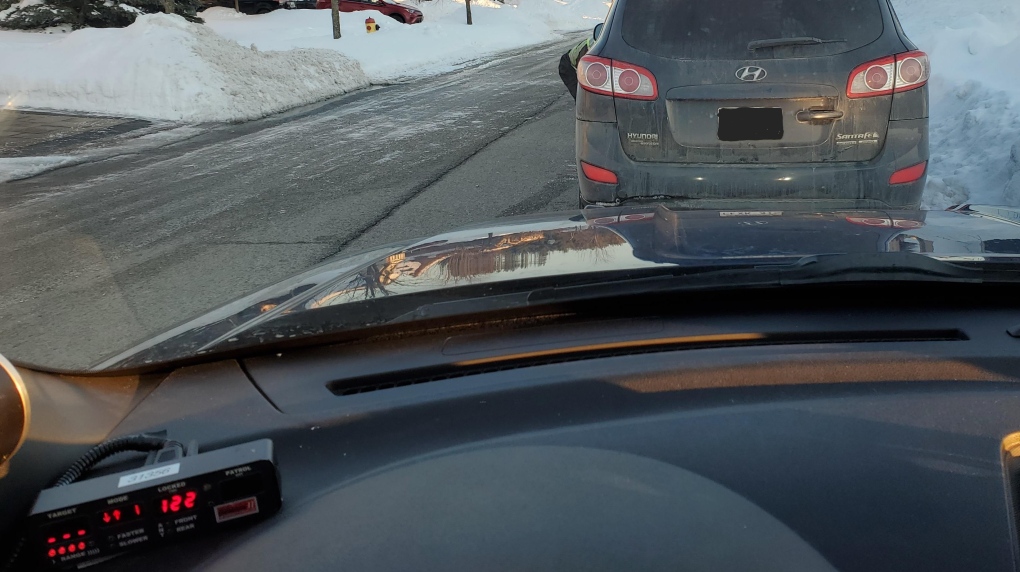 A vehicle stopped after it was allegedly seen going 122 km/hour in a 60 zone. (@WRPSToday / Twitter)

In a social media post, officials reported that three drivers were charged.

Officers allegedly saw one driver going 108 km/hour in a 50 zone.

Another was reportedly seen going more than double the posted 60 km/hour limit.

A third driver was stopped for allegedly going 115 km/hour in a 60 zone.

Officials said that all three were facing stunt-driving charges as a result.

Great work by @WRPS_Traffic this past Saturday night.

In a separate press release, police also reported that they stopped a fourth driver for driving too quickly in Kitchener.

In that case, officers were doing speed enforcement on Fischer-Hallman Road when they reportedly saw a vehicle going 109 km/hour. The posted limit is 60 km/hour.

They stopped the car and saw that no one in the vehicle was wearing a seatbelt. Officers also found a passenger in the trunk.

A 22-year-old Kitchener woman was charged with dangerous operation of a vehicle, stunt driving and speeding. She also had her licence suspended for three days for having a blood-alcohol concentration in the "warning" range.

The vehicle in that case was impounded.

She's due in court at the end of March to answer the charges.