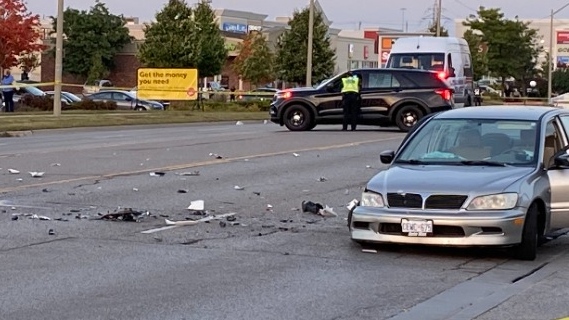 KITCHENER -- Waterloo regional police say they're still trying to identify a motorcyclist who allegedly fled the scene of a fatal crash on Fairway Road South on Sept. 23.

Police said two motorcyclists were travelling on the road when the collision occurred. One driver, a 24-year-old Kitchener man, was killed at the scene. The other motorcyclist left before officers arrived.

Continuing to investigate a fatal collision that occurred on September 23, 2020. Seeking the public's assistance in identifying the motorcyclist in the attached photos. Call police or @WaterlooCrime with information. More: https://t.co/FaINOn5Yvh. pic.twitter.com/zUKDKl2adU

Police are asking for the public's help to track that person down.

They are also asking anyone who may have dash cam footage of the collision to contact them.