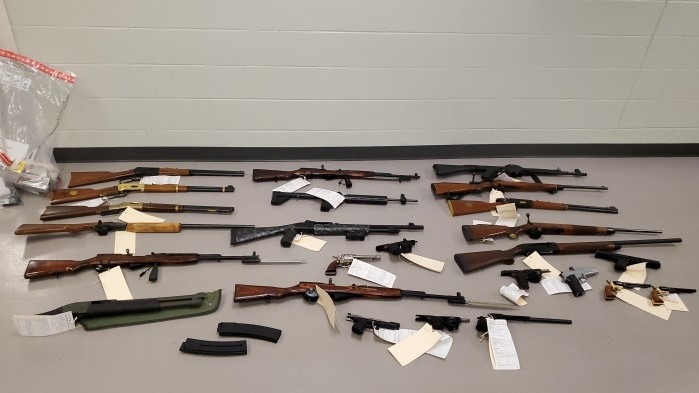 Waterloo regional police said they responded to a report of a verbal dispute in the Greenway-Chaplin area of Cambridge on Monday.

Police said the dispute between two people turned physical, and a search warrant was conducted at a residence.

A photo shared by police of the seized guns shows several long guns and handguns, along with what appears to be magazine clips.

At least two guns appear to have a bayonet-type blade affixed to the barrel of the gun.

The 34-year-old is facing numerous charges, including: