Police seize more than $145K in drugs in search warrant 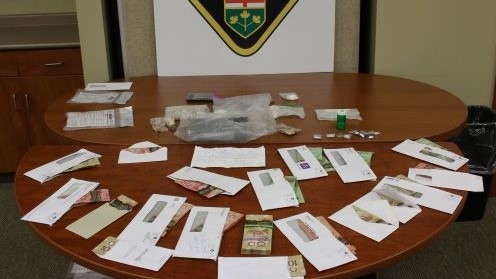 Members of the OPP performed a warrant at an addressed on Wellington road in Puslinch Township on March 26. Officials said Guelph police also performed a search warrant at a Guelph home related to the investigation.

In a Monday news release, officials said they seized cocaine, heroin, morphine and psilocybin, along with nearly $30,000 in cash and drug paraphernalia.

The drugs have an estimated street value of more than $145,000, according to police.

A 35-year-old man from Guelph is charged with possession of a controlled substance.

They're both scheduled to appear in court at a later date.