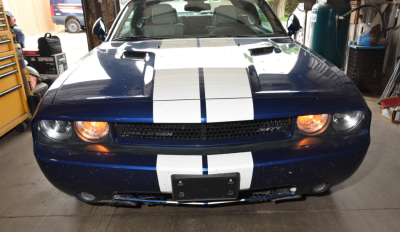 A stolen car seized by police is seen in a photo. (Submitted/Waterloo Regional Police Service)

A month-and-a-half-long investigation has resulted in Waterloo regional police seizing nearly $500,000 in assets and arresting 10 people.

In a media release, police said the total street value of the drugs is approximately $225,000.

Police previously announced they had seized three stolen cars, a sawed-off shotgun and a large quantity of drugs as part of the investigation, which has now grown.

On Friday, police said 10 individuals between the ages of 29 and 57 have been arrested.

The charges include theft of a motor vehicle, possession of stolen property over $5,000, possession for the purpose of trafficking, failure to comply with release orders and firearms-related offences, including unauthorized possession of a firearm.

Police said they conducted two residential search warrants, one in Kitchener and the other in Cambridge.

The following items were seized as a result of the investigation:

COVID-19 hospitalizations due to Omicron are vastly underreported: grassroots organization

Analysis by a grassroots organization of scientists reveals hospitalizations from the Omicron variant of the virus that causes COVID-19 could be 70 per cent higher than what has been reported since December.

As home prices drop, here's what you can get in Canada's most affordable markets

CTVNews.ca has compiled a list of homes in some of the most affordable regions across Canada, as many real estate markets see drops in average prices.

The federal government is adding new passport service locations across Canada as a backlog in processing applications continues.