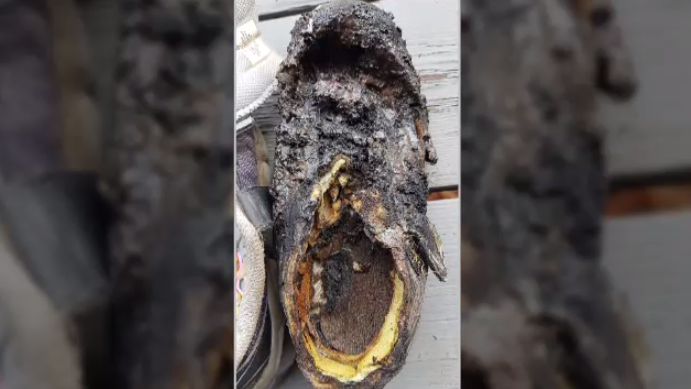 A burned shoe after an alleged fire at a family home in Everton. (Source: Spielmacher family) 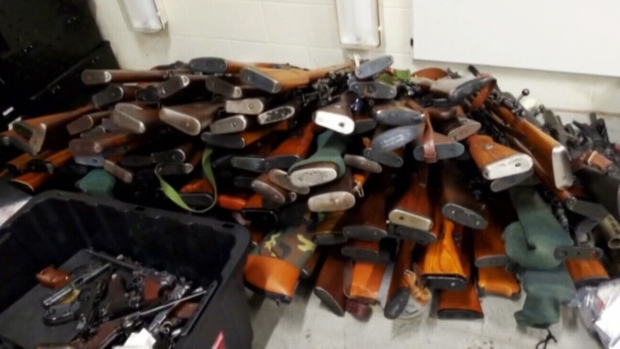 KITCHENER – A Kitchener man has been charged after police seized about 250 guns and 200,000 rounds of ammunition.

That's where they seized the guns and ammunition. A grenade was also recovered but was later found not to have explosives in it.

Stratford bracing for up to 30 cm of snow

STRATFORD – Much of Southern Ontario is seeing white as snow begins to fly, but some areas are going to be hit harder than others.

The City of Stratford is bracing for between 20 and 30 cm of snow in the next 24 hours.

The city was hoping to be cleaning its streets on Thursday and to pick up leaves.

'What if it starts on my feet?' Children's light-up shoes burst into flames, family says 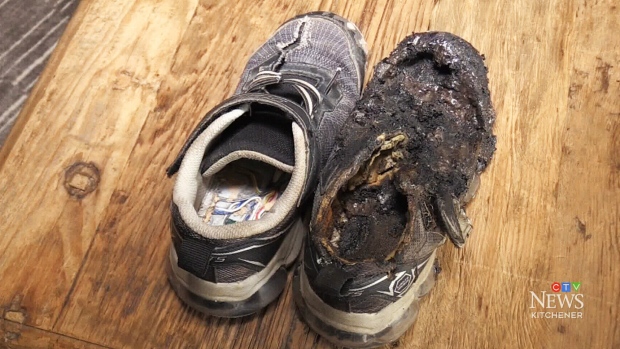 EVERTON – A family near Guelph is calling for caution over a type of children's light-up shoes.

The Spielmacher family says the battery-operated shoes malfunctioned and burst into flames.

No one was injured and the fire was put out quickly, but the family says things could have been a lot worse if their five-year-old son was wearing the shoes that they believe started it all.

KITCHENER – Friends and family are remembering a young woman who was killed in a three-vehicle crash near Elmira on Friday.

Brittney Martin, 22, was driving a pickup truck on Line 86 when she was hit from behind by a tanker truck.

Police say her vehicle was pushed into oncoming traffic and hit by a moving truck, which is when her vehicle caught fire. 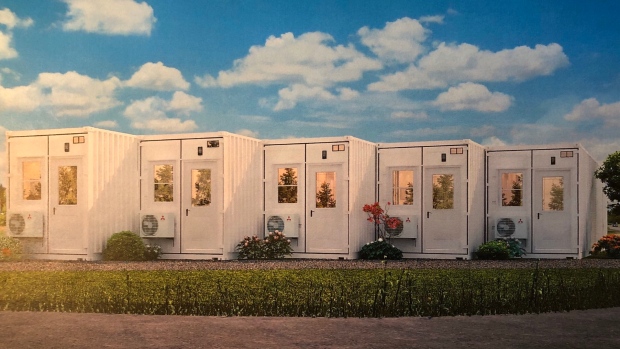 The City of Guelph is considering a project that would build homes for people with drug addictions out of shipping containers. The project is being spearheaded by the Wellington-Guelph Drug Strategy.

"They would either be a unit for a single person or a couple," explains Adrienne Crowder.