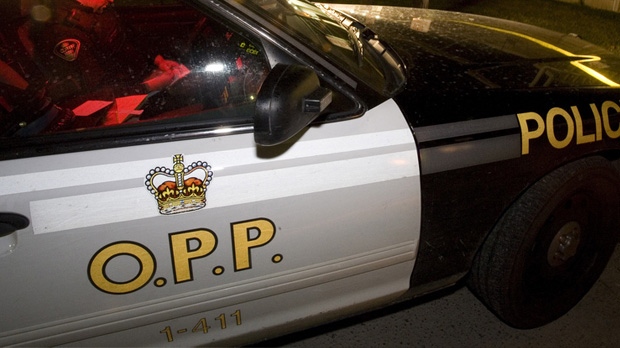 An OPP cruiser seen in this file photo.

A Fergus man had a pair of vehicles seized in two separate incidents that happened just hours apart.

Police say they initially got a driving complaint about a driver on Wellington Road 38 at around 9:30 p.m. on Tuesday. While responding, they found a vehicle rolled over in a ditch on Highway 6.

It had been involved in a single-vehicle crash, leaving the driver with minor injuries. Their investigation found that the man's license was suspended.

Then, around 2:15 a.m. the next morning, an OPP officer was doing speed enforcement in Fergus when they saw a sedan going above the speed limit.

Police say the vehicle was locked on radar going over 125 km/h in a posted 80 km/h zone.

The driver, 29, has been charged with careless driving, two counts of suspended driving and speeding.

Police say they seized both vehicles for seven days.

He’s due in court in September.