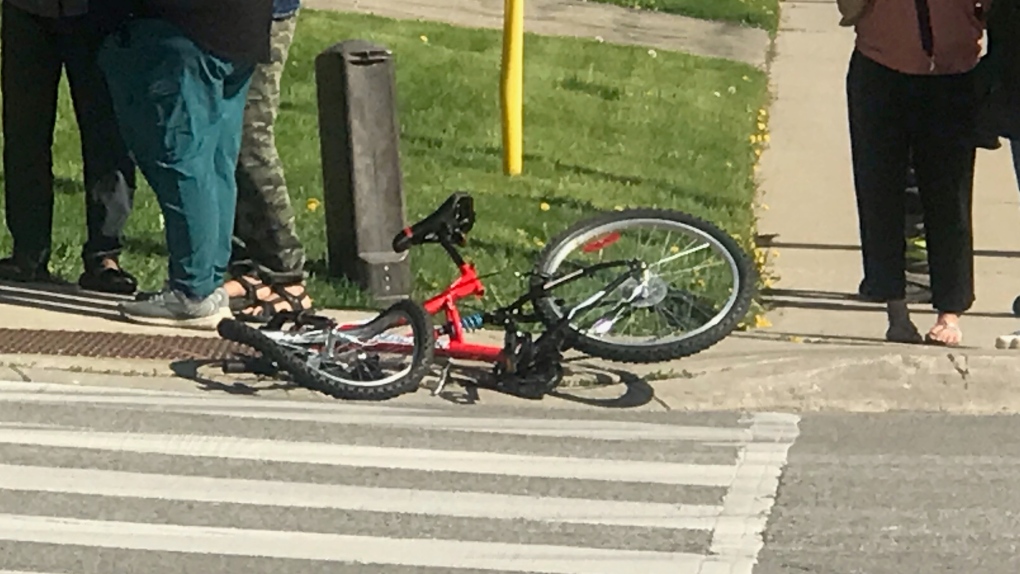 The Waterloo Regional Police Service is investigating a hit and run collision in Kitchener that sent a cyclist to hospital.

Emergency crews were called to the intersection of Westmount Road East and Greenbrook Drive around 4:15 p.m. Monday.

A male youth, who was riding a bike, had been struck by a passing vehicle.

Police said the driver did not remain at the scene of the crash.

The boy was transported to a hospital outside the region with serious injuries.

No further information has been released about his age or a description of the vehicle that was involved.