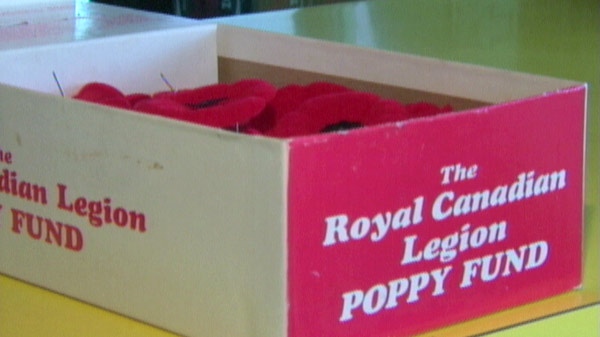 Royal Canadian Legion poppy boxes have been the target in a number of thefts across the GTA.

Police in London, Ont., say they have identified a suspect in the thefts of up to four poppy donation boxes.

The boxes were taken between Nov. 9 and Remembrance Day.

Police say a suspect was identified after they distributed an image from a surveillance video.

An arrest warrant has been issued for 45-year-old Robby Bowen of London.