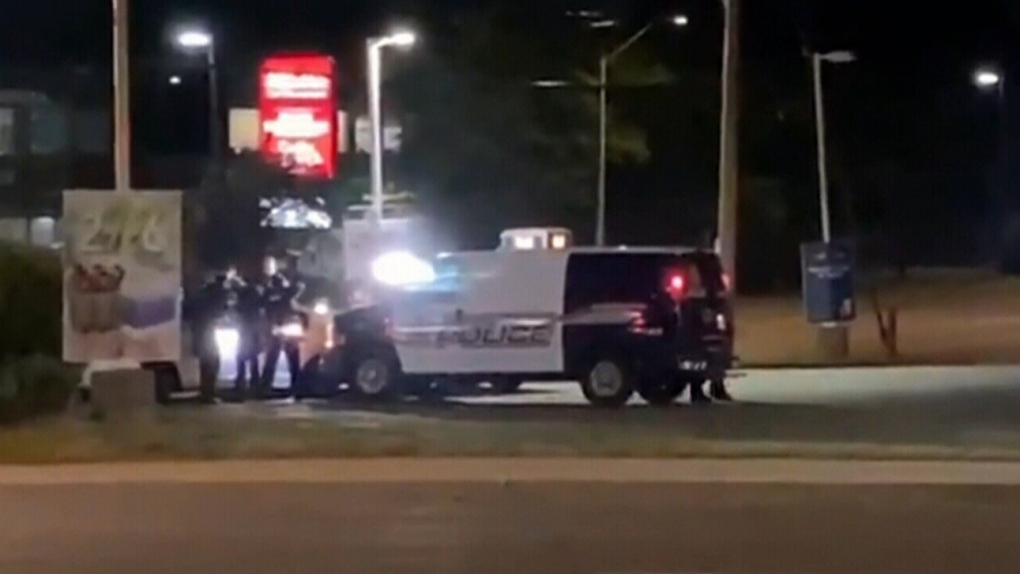 KITCHENER -- A report into an arrest that was caught on camera at a gas station in Kitchener in July is now in the hands of the Waterloo Regional Police Service.

Peel regional police conducted an external review of the incident in the video, which appears to show police punching a man.

He was later identified as a Black Somali man with mental health concerns.

At the time, police said officers believed they had been shot at. The sound was later determined to be fireworks.

Regional police confirmed to CTV Kitchener they now have the report and they're reviewing it.

They didn't say when and how the contents of the report might be shared.