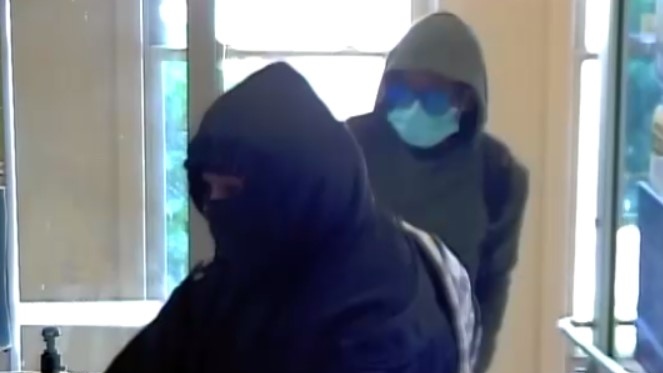 A photo released by police shows a bank robbery in Harriston on June 22, 2022. (Wellington County OPP)

In a media release, police also said they now believe the vehicle used in the crime was a silver or grey 2012 Chevrolet Cruze.

Police said the car was reported stolen in Halton on June 21, then recovered in Mississauga on June 24.

On June 22, police received reports three suspects with handguns entered a bank on Elora Street South in Harriston. They threatened staff and customers, before making off with what police described as “a quantity of currency.”

Police are asking anyone with information about the crime to contact them.