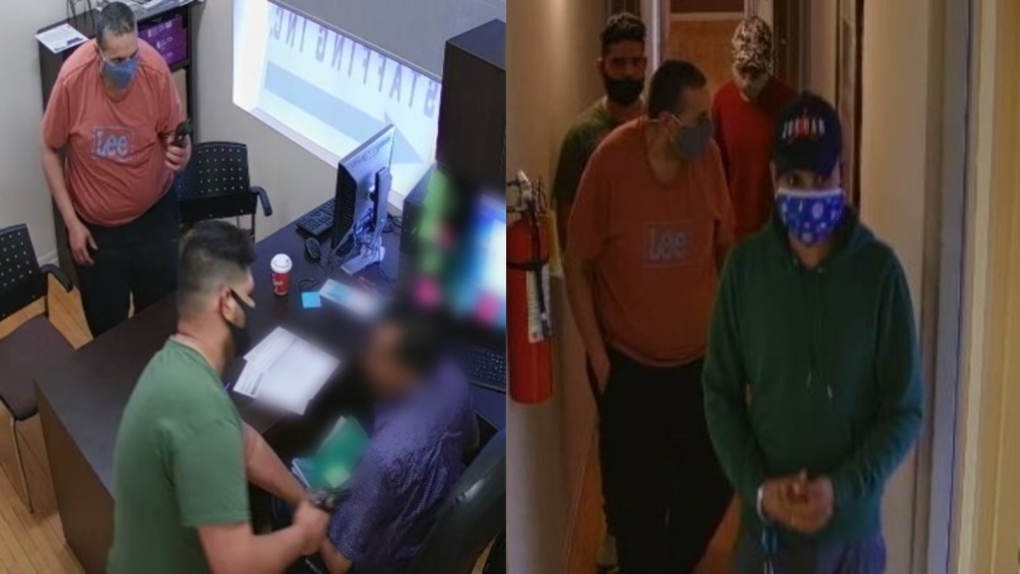 Police are looking to identify these men in connect to an armed robbery in Kitchener. (Submitted/Waterloo Regional Police Service)

Waterloo regional police have released photos of four men they're looking to identify in connection to an armed robbery in Kitchener.

In a media release, police said it happened on Monday June 6 in the area of Ottawa Street South in Kitchener.

The individuals entered the business and pointed firearms at employees while demanding their personal property, police said.

The suspects then disconnected the business landlines before fleeing the building.

Police said the investigation is ongoing and ask anyone with information to contact them.

The federal government has announced it is dropping all COVID-19 entry restrictions, including: proof of COVID-19 vaccination and quarantine requirements at the border, doing away with mandatory random COVID-19 testing, making the ArriveCan application optional, and Canada is lifting the mask mandate on planes and trains.

As Atlantic Canadians grapple with the aftermath of destruction caused by Hurricane Fiona, CTVNews.ca takes a look at major hurricanes that have wreaked havoc in the country throughout history.

A gunman killed 13 people, including seven children, and wounded 21 other people in a school in central Russia on Monday, authorities said.