Police on the lookout for replica weapons after arrests in Stratford 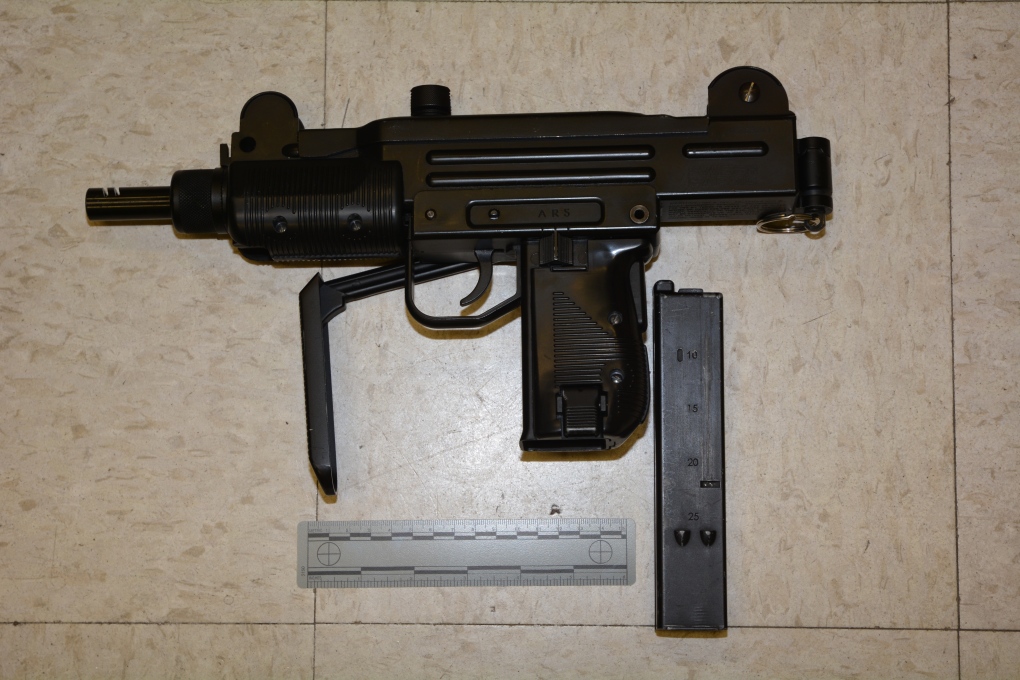 Stratford Police say three people have been arrested in the 100 block of Cawston Street Monday on multiple charges.

Police seized knives, a steel baton, and what they believed to be an Uzi submachine gun.

It turns out the Uzi was only a BB gun, but was such a realistic replica that officers needed to closely inspect it to make sure it wasn’t real.

Police say they are encountering more replica weapons during their investigations, as those in the drug world are using them for intimidation purposes.

Two males, aged 38 and 49, and a 24-year-old woman were charged with numerous offences after police found $600 worth of crystal meth along with the weapons.