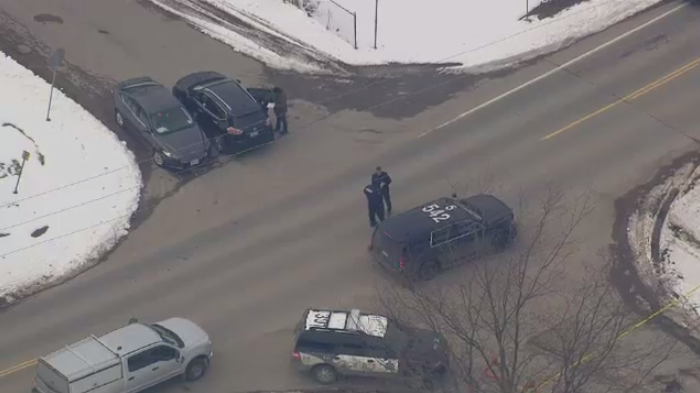 Two separate investigations are underway into an altercation between two Niagara regional police officers that sent one to hospital in critical condition.

Provincial police and Ontario's police watchdog are investigating the incident Thursday at a rural intersection in Pelham, Ont., about 20 kilometres west of Niagara Falls.

The Special Investigations Unit says the two officers were investigating a prior collision when they became involved in an "altercation" around noon on Thursday.

Spokeswoman Monica Hudon told reporters Thursday evening that a firearm was discharged and one officer was hit.

The victim -- a 44-year-old man with 28 years of experience on the force -- was taken to a local hospital, then airlifted to a facility in Hamilton in critical condition.

Niagara police later said in a statement that his condition had been upgraded to stable.

"In the spirit of transparency, I have asked the Ontario Provincial Police to determine if there is any criminal culpability outside of the SIU's scope," Niagara regional police Chief Bryan MacCulloch said in the statement.

"The days and weeks ahead will be trying ones for the NRPS family and the community we serve," MacCulloch said. "I ask for your support for our members and all those involved."

Hudon said the SIU had assigned 11 investigators, including three forensic specialists, to the case. She said it's very early in the investigation and there have been no arrests.

She urged anyone with information -- particularly anyone with video evidence -- to contact the SIU.

The SIU is an arm's-length agency that is automatically called in to investigate reports involving police where there has been death, serious injury or an allegation of sexual assault.