According to the Special Investigations Unit (SIU), Waterloo regional police responded to a report of a stolen vehicle in Kitchener around 6 a.m.

The SIU says when officers arrived, they discovered a male and a female in the stolen pickup truck. The occupants allegedly would not exit the vehicle.

The male driver then attempted to flee and the SIU says at one point he drove directly at one of the officers.

The SIU says the officer discharged his firearm at the stolen truck and the driver then struck some parked cars before escaping the area.

It's unknown if either occupant of the stolen vehicle was injured. 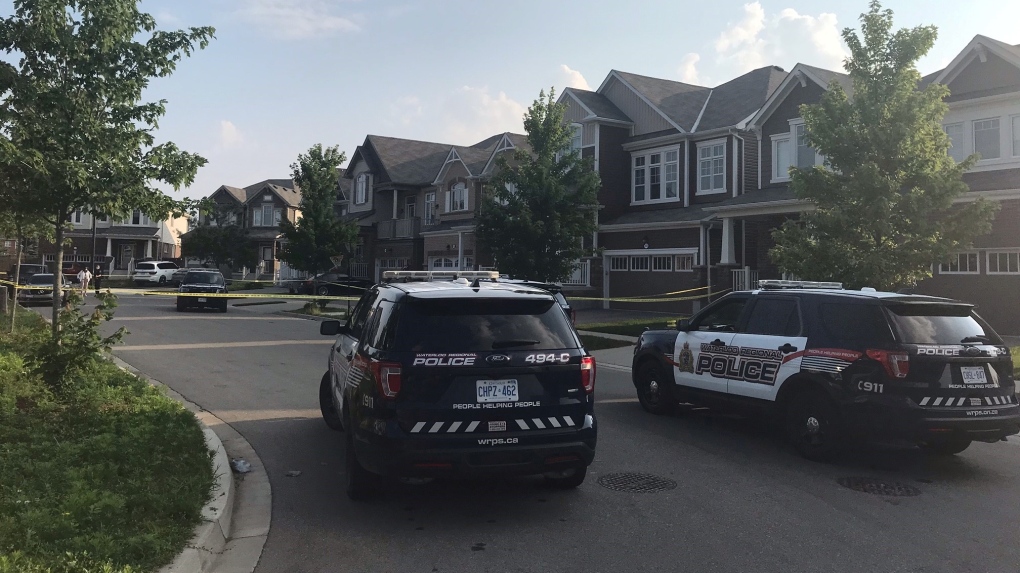 Waterloo Regional Police say an officer discharged their gun during an interaction on Grovehill Cres. in Kitchener. (July 6, 2021)

UPDATE: The suspect vehicle has been located out of the Region. Continuing to search for the suspects. https://t.co/bm8aieDbzu

Police said they located the stolen pickup truck, a black Dodge RAM, later in the morning in the West Grey region. Police are continuing to search for the suspects, who have not yet been identified.

Police are advising people not to approach the individuals, but to instead call 911.

Sebastijan Mucenski witnessed the incident from his window.

"It sounded like two shots, gunshots. At first I was like, 'theres no way.' But then there were two cop cars and I was like, 'oh, this is really happening,'" he said. "I thought they were like filming out of a movie or something."

Mucenski added he's surprised to see the incident happen in such a new area.

"I heard shots go off and then the guy stormed off and that it, it was like that," he said.

The driver of one of the vehicles believe to be hit during the incident says her car is a write off.