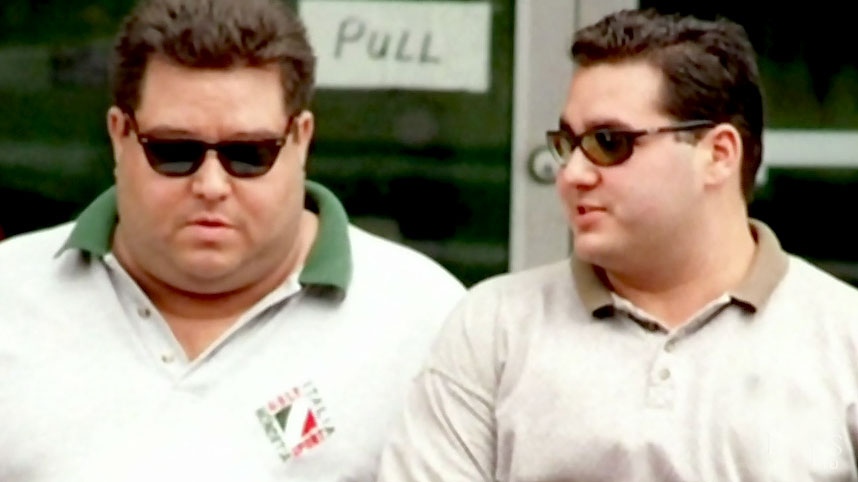 Angelo Musitano, right, was gunned down in the driveway of his Waterdown, Ont. home in May, 2017. (PHOTO: Hamilton Spectator)

Police are offering a $50,000 cash reward for information leading to the arrest of those responsible for the murder of a member of a notorious mob family in Hamilton.

Angelo Musitano was shot and killed in his driveway in May 2017 and Hamilton police say his death has been linked to a murder in Vaughan, Ont., two months earlier.

Hamilton police have already charged Jabril Abdalla with two counts of first-degree murder in connection with the deaths.

They say they continue to gather information on the individuals who allegedly ordered Musitano's execution.

Police say they believe Musitano's death is part of an ongoing feud between organized crime groups in the Toronto area.

Hamilton police have been investigating the homicides, in an operation dubbed Project SCOPA, alongside York regional police and the RCMP.

Police have issued Canada-wide warrants for Michael Cudmore and Daniel Tomassetti, who are believed to have fled to Cancun, Mexico.

Investigators have said there is no indication either has returned to Canada and Cudmore's family is worried he may dead.

"Investigators requested the $50,000 reward as a means to stimulate further leads, and to assist in locating and apprehending Michael Cudmore and Daniel Tomassetti," Hamilton police said in a news release.

Police also warned that anyone who helps Cudmore or Tomassetti to evade arrest will face charges of accessory after the fact to murder.