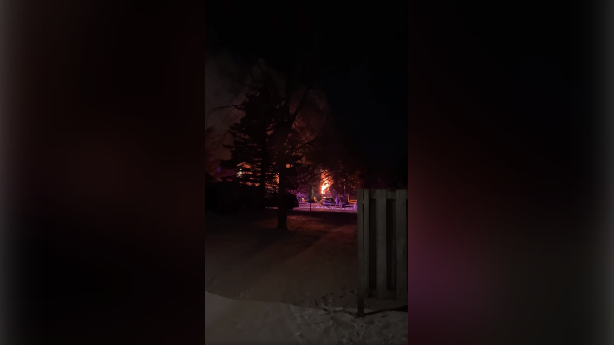 An arrest has been made in connection to a suspicious Friday night townhouse fire in Guelph.

Around 10:26 p.m., crews responded to reports of a fire at a residence on Willow Road.

Fire officials said a townhouse unit was engulfed in flames by the time emergency services arrived.

Fire crews from five stations spent several hours controlling the spread of the flames from outside the building before extinguishing the blaze.

Officials said many residents evacuated the building and some are temporarily displaced. Guelph Transit buses were on site for evacuees.

The cause of the fire and cost of damages are yet to be determined.

The accused is in custody for a bail hearing.