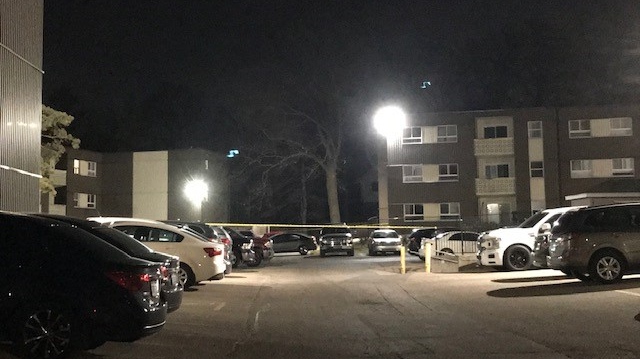 Officers were on scene at 90 Country Hill Dr. in March after receiving reports of multiple gunshots.
KITCHENER -

Waterloo regional police have made an arrest in connection to a shooting in Kitchener that happened in March.

Police say a 24-year-old Kitchener man was arrested in Milton in connection to the incident on Wednesday.

He’s been charged with several offences, including possession of a restricted firearm with ammunition, discharge firearm with intent to endanger life and weapons dangerous.

On March 23, police responded to a housing complex at 90 Country Hill Dr. after receiving reports of multiple gunshots just before 1 a.m. No one was injured during the incident but property in the area, along with several vehicles, were damaged.

In August, a 22-year-old Kitchener man was also arrested and charged in relation to this investigation, where officials seized a restricted .45-calibre handgun.