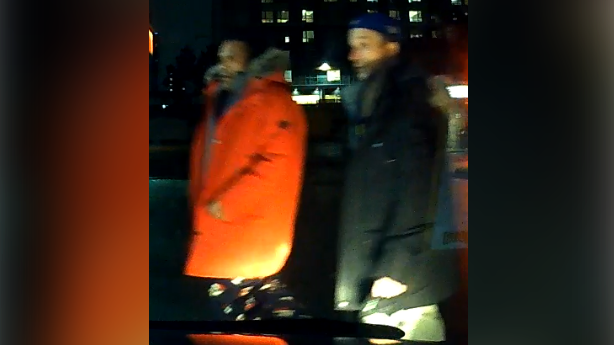 Police are asking for the public’s help in identifying two individuals connected to a stabbing in Waterloo.

Regional police said on Jan. 12, they responded to a physical altercation between four people at University Avenue West and Phillip Street.

One man was stabbed in the altercation and taken to an out-of-region hospital with non-life-threatening injuries.

An investigation is ongoing and anyone with information is asked to contact police.

In a Twitter post, police released dash cam footage of the two people they're looking to identify.

Anyone with information is asked to call police or @WaterlooCrime.

Why Canada is banning Huawei from participating in Canada's 5G network

A 12-year-old Ottawa boy is sharing his story after a magnet fishing trip turned up an unexpected find.

Canadians going hungry: How inflation's hitting some harder than others

Experts and advocates anticipate that more Canadians could be at risk of going hungry as inflation continues to outpace many consumers' grocery budgets.

Billionaire Elon Musk took to Twitter late on Thursday to denounce as 'utterly untrue' claims in a news report that he had sexually harassed a flight attendant on a private jet in 2016.

Blocking inflammation may be why some pain becomes chronic, study finds

A new Canadian study has found that using anti-inflammatory drugs and steroids after injury may actually increase the chances of developing chronic pain.

The stakes are high as Canadian farmers take to the fields to plant 2022's crop, which some are saying could find a place in the record books as 'the most expensive ever.'

A whirlwind visit by Prince Charles and Camilla, Duchess of Cornwall, has ended but the calls for meaningful reconciliation with Indigenous Peoples have not.