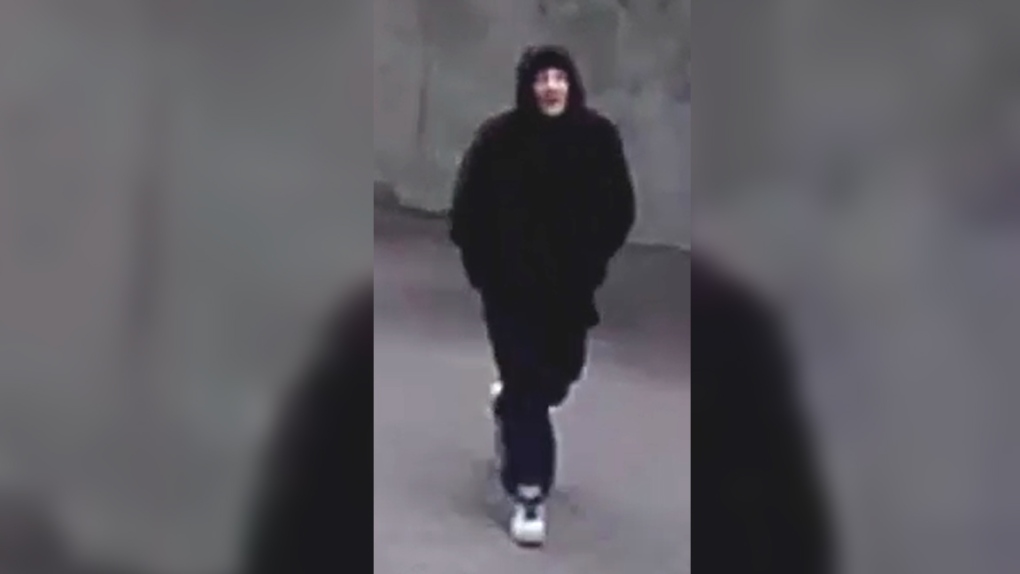 Guelph Police are looking to identify this man regarding a reported robbery at knifepoint. (Photo: Guelph Police) (Nov. 21, 2019)

Authorities are currently searching for a male suspect in regards to a reported robbery at an ATM.

Police say a man was taking out money in downtown Guelph around noon when a suspect approached him from behind and demanded he turn over all his money.

The victim reportedly turned around and observed the suspect holding a six-inch fishing style knife.

The man gave all his money to the suspect who then fled on foot, according to police.

Officers arrived on scene but were unable to locate the suspect.

The accused is described as a 25-year-old, white male standing 5’7.

He was seen wearing a dark hoodie with the hood up, a blue bandana with white polka dots wrapped around his forehead, a dark face covering over his mouth, and white Nike high top sneakers with a black swoosh, sole, and laces.

The Guelph Police Service is looking for public assistance in identifying the following male.

On Nov. 21, police released an image of a man they are hoping to identify.

Anyone with information is asked to contact Guelph Police.