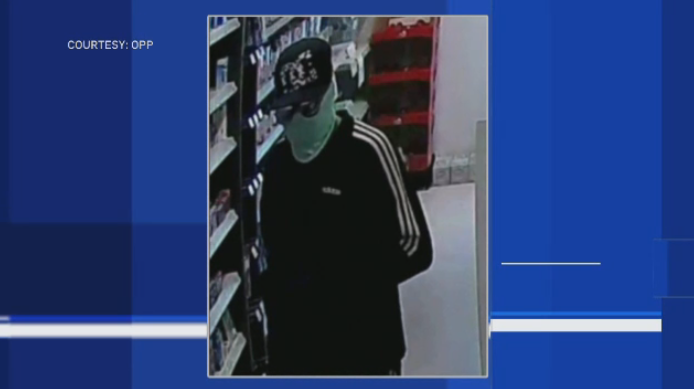 Police have released an image of a suspect in an armed robbery at a business in Drumbo. (Source: OPP) (June 11, 2021)

KITCHENER -- The Ontario Provincial Police have released an image of a suspect they are looking for in connection to a business robbery in Drumbo.

Officials tweeted about the incident Friday and say it happened on Wilmot Street.

The suspect is described as a thin, white male wearing a black baseball cap with white lettering, sunglasses, a light green face covering, and a black track suit with white stripes.

Police say he had a weapon and got away with drugs and cash.