Police looking for suspect after Fergus change machine broken into

Police looking for suspect after Fergus change machine broken into 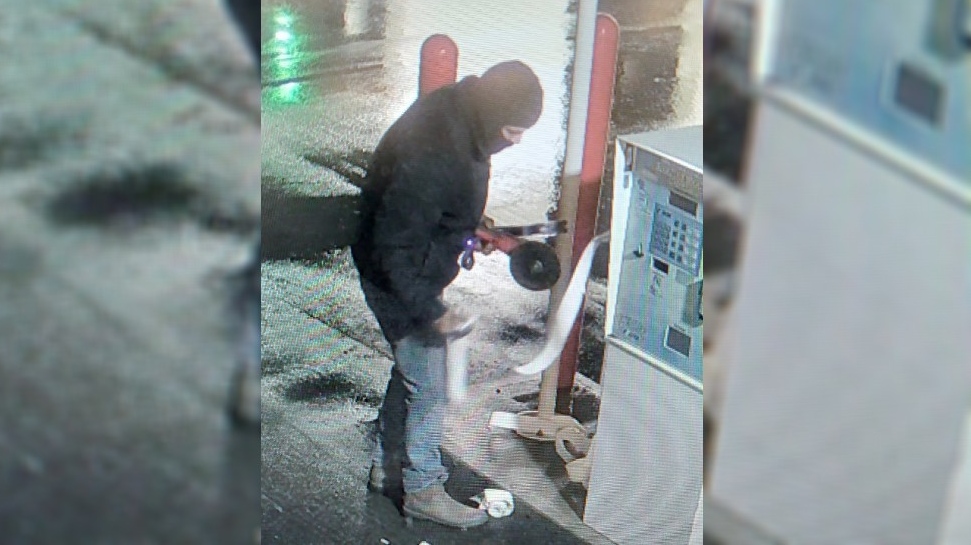 Ontario Provincial Police are looking to identify this individual. (OPP)

The Wellington County Ontario Provincial Police (OPP) are looking for a suspect after a change machine in Fergus was broken into.

According to OPP, on Friday, officers responded to a report of a theft from a business on St David Street North.

The value of the stolen change was not released, however, OPP said the estimated damage to the equipment is reported to be $30,000.

A photo of the suspect released by OPP shows an individual in a balaclava holding what appears to be tools while standing next to a damaged change machine.

The change machine appears to be outside of the business.

Rent prices in Canada grew at a record pace last year as the country saw the lowest vacancy rate since 2001, the Canada Mortgage and Housing Corp. said.

The independent body that oversees the safety of technical systems and equipment in British Columbia has found a deadly ammonia leak near Kamloops last May was a tragedy that took years to unfold.

Ottawa police and Bylaw Services are telling residents and visitors they will be taking a zero-tolerance approach to parking, noise and fireworks violations downtown this weekend, on the one-year anniversary of the 'Freedom Convoy' demonstration.