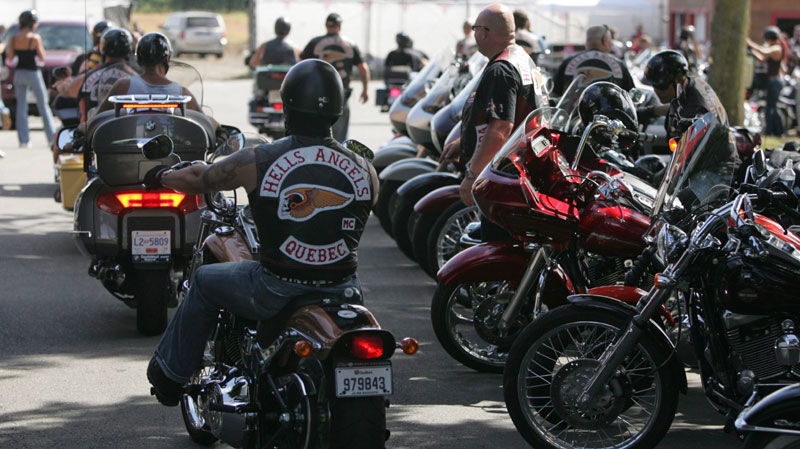 A member of the Hell's Angels motorcycle gang from Quebec arrives at the White Rock, B.C., chapter's property in Langley, B.C., on Friday July 25, 2008. (THE CANADIAN PRESS/Darryl Dyck)

LONDON, Ont. - London, Ont., police say the Hell's Angels are trying to restore their foothold in the city.

They say officers are keeping close watch after roughly 100 of the motorcycle club's members rode into town this weekend.

Police spokesman Dennis Rivest says they don't expect any trouble from the bikers and so far, none has been reported.

The group has dozens of chapters across the province.