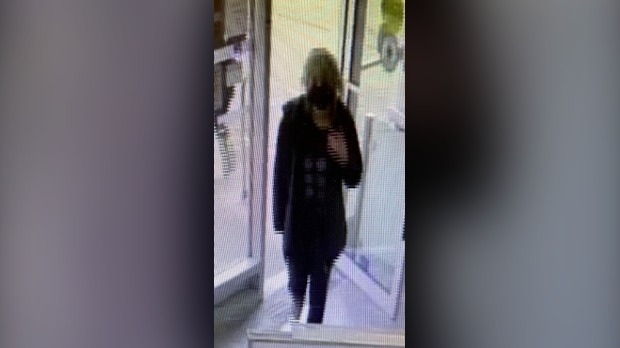 Police say this woman was involved in an incident in Guelph (Supplied: Guelph Police Service)

KITCHENER -- Guelph police are investigating a suspicious incident that occurred in the city on Friday afternoon.

Officers were called to an altercation in a parking lot near Clair Road West and Gordon Street between 4:40 and 4:50 p.m. In a news release, police said a female was seen running through the parking lot from a man and a teenage male. The adult man eventually caught up with the female and officials said the man escorted her "under his control to a dark coloured minivan." The vehicle drove away a short time later.

The female is described as white, between 18 and 20 years old, 5'2" with a thin build. She has lime green shoulder length hair and very thin eyebrows.

The adult man is described as white in his 40s. He's around 5'7" tall and was wearing dark clothing.

There was no description for the teenager.