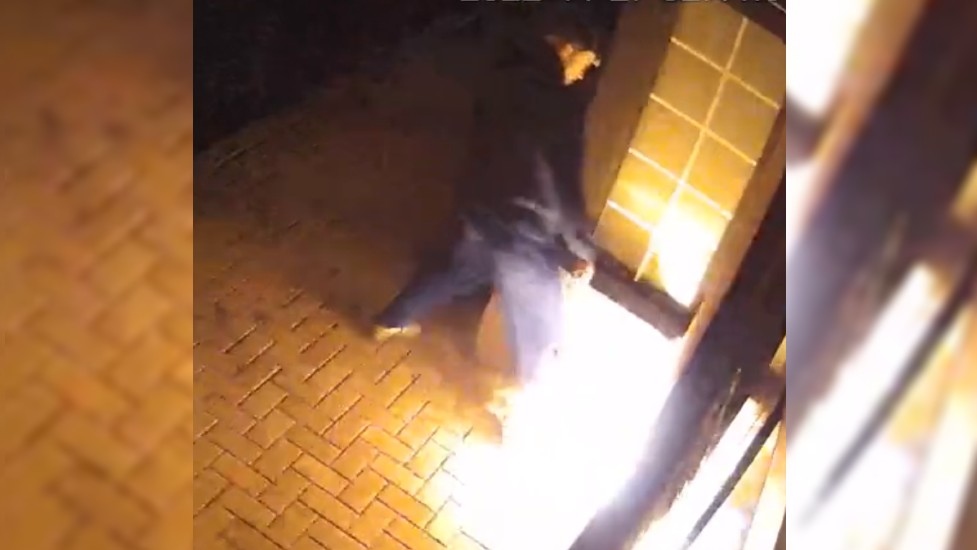 A still from a video that shows an individual involved in a suspicious fire in Woolwich Township. (WRPS)

Waterloo regional police have released a video of an individual they want to speak to in connection to a suspicious fire in Woolwich Township.

Police said on Nov. 27, just after 2:30 a.m., an unknown man was at an office building located on Arthur Street South.

“Through investigation, police determined that the fire was set intentionally,” police said in a news release.

The video, which appears to be from a surveillance camera, shows an individual with material on fire approaching a building.

The person then throws the flaming material against the building and leaves.

As the fire grows, what appears to be the same individual returns to stomp on the flames and kick the flaming material away from the building, leaving a trail of embers.

Continuing to investigate a report of a suspicious fire in Woolwich Township.

Looking to identify and speak with the individual pictured below in connection to this incident.

Call police or @Waterloocrime with info.