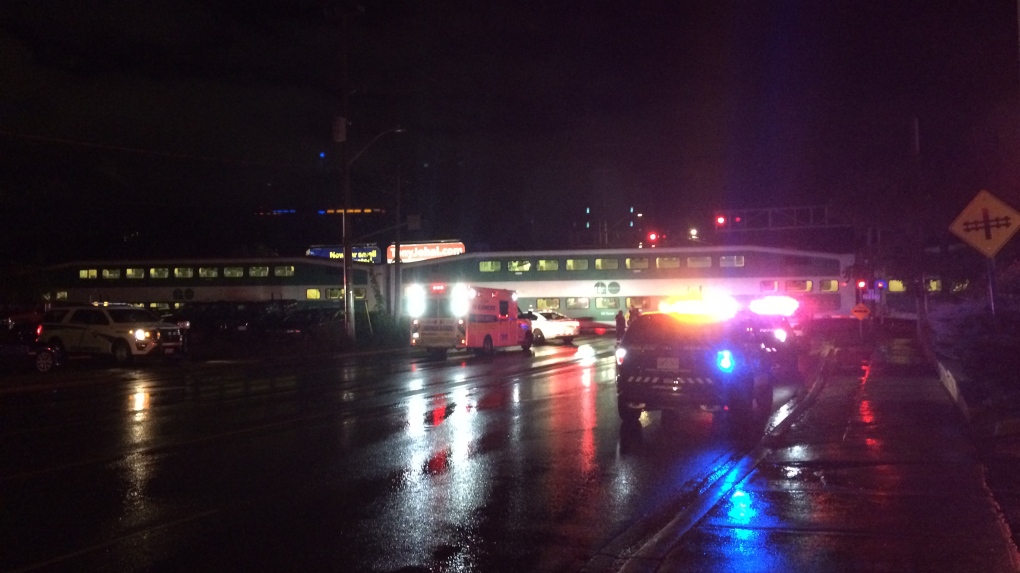 Police were called to the tracks on Lancaster Street near Victoria Street around 9:30 p.m.

Officers are continuing to investigate, but say the death is not being treated as suspicious.

The 8:53 p.m. train from Union Station to Kitchener ended at Georgetown, and GO bus service was available to transport passengers.

GO transit officials say the 10:51 p.m. train from Union Station to Kitchener will be on hold until further notice.

They expect it to take about two hours before regular service resumes.